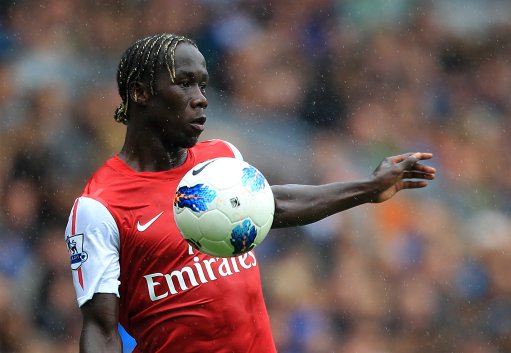 Arsenal fans, here we go again! Currently sidelined by injury, Arsenal defender Bacary Sagna has been speaking to French newspaper L’Equipe. And his somewhat out-of-character comments won’t have done anything to calm concerns over the Gunners’ transfer policy.

The 29-year-old right back is perplexed by the sale of Alex Song to Barcelona and even hinted at a little frustration of his own over his own contract situation. He said:

“I expected Robin (Van Persie)’s departure. But Alex, that was a surprise. He’s 24 and had three years on his contract. When you see your two best players from last season leave, you ask yourself questions.”

“In the street, supporters sometimes come to see me. I can understand that they’re annoyed. I’m like them – I don’t understand everything.”

“In May, I watched Manchester City’s parade on television. I watched Samir (Nasri) and Gael (Clichy) lift the trophy. It makes you want that.”

And most worryingly of all for Gooners, when asked whether Arsenal had approached him about extending his own contract with the club, which runs until the end of 2013/14 season, Sagna simply said:

Whatever is going on at Arsenal in relation to player contracts, surely the club need to say something to reassure the fans? The potential loss of yet another disgruntled star player next summer would surely be unacceptable?

Unless, of course, it’s all part of his plan to secure a better deal with the Gunners. Which is could well be.