It’s over. It’s finally over. Edinson Cavani has moved from Napoli to PSG for £55million (€63million), which is estimated to be around €6million more than Bayern Munich received in cumulative prize money for winning the Champions League last season.

Napoli owner Aurelio De Laurentiis summed the madness up nicely (presumably having waiting until after the Ligue 1 champions handed over their check): “The problem with these clubs is that they are owned by businesses that are run by presidents who will pay absurd figures. Edinson’s price got so high, it ended at a point where it was more than what Bayern made for winning the Champions League.”

Yep, the bottom is going to fall out very, very soon.

Anyway,  until then feel free to enjoy these photos of Edinson, dressed a bit like a member of the Magic Circle and holding up his new work uniform for all to see.. 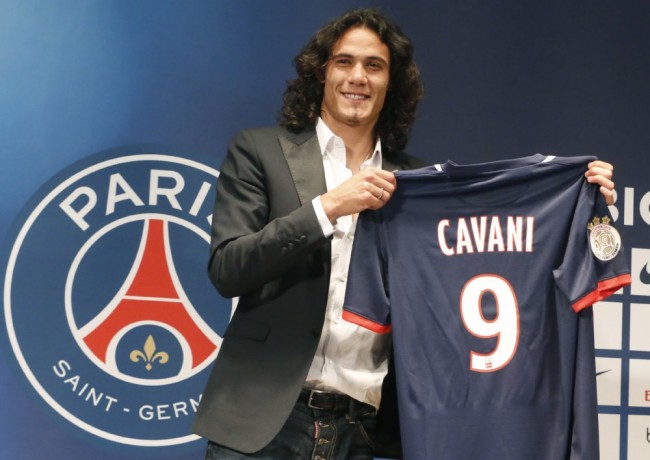