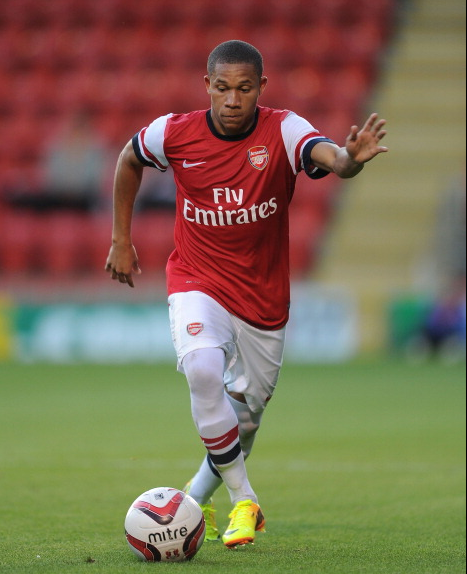 To paraphrase an well-worn Arsene Wenger maxim, Wellington Silva’s imminent inclusion in Arsenal’s first-team pool will feel like a new signing as and when it comes about, despite the Brazilian first signing for the club almost four-and-a-half years ago.

With around £3.5million changing hands for the privilege, the then 18-year-old Silva arrived at the Gunners from Fluminense on a wave of ‘Brazilian prodigy’ hype in January of 2011 – only to find himself ineligible to play for his new side in competitive games after being denied a work permit.

Silva, now 22 and almost middle-aged in football terms, has spent the last four seasons out on loan at five different clubs and is currently plugging away in La Liga with Almeria.

However, several failed appeals on down the line, the young forward has finally acquired EU nationality under residency laws thus officially making him a Spanish, and therefore European, citizen.

Wellington proudly Tweeted a photo of his new passport… 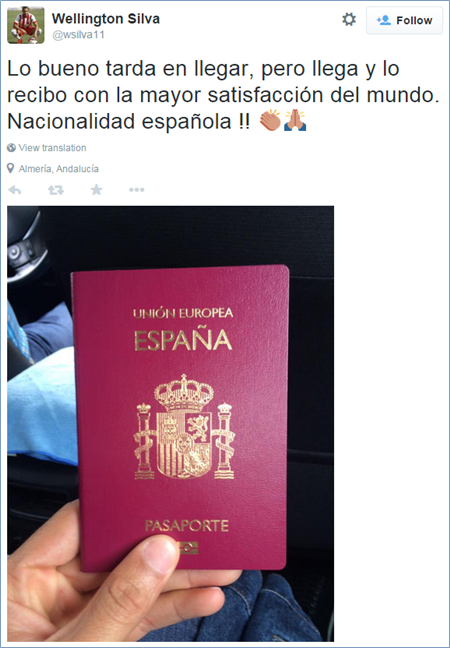 “The good thing is slow in coming, but arrives with the greatest satisfaction in the world. Spanish nationality!!”

After his absolute mother of a false start, Wellington will be able to feature in Wenger’s pre-season squads in the summer knowing that a potential place in the full team scene is actually on the cards for the first time ever.

Best of luck to him!