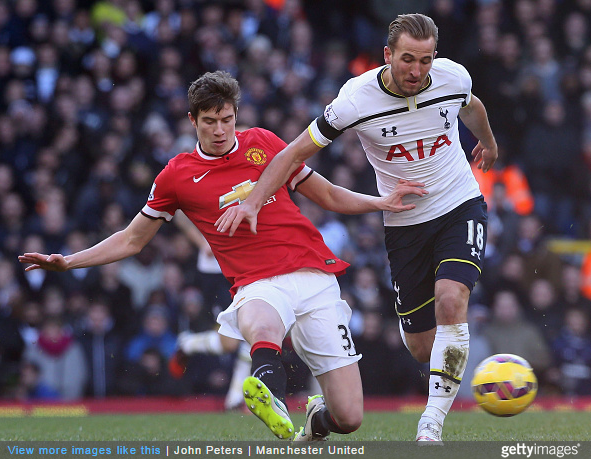 Manchester United have made a ‘huge bid’ for Harry Kane, the Express tells us. The England hitman was left out of Tottenham’s Audi Cup clash with Milan last night, leading to speculation that the 22-year-old was headed for a move away from White Hart Lane.

Kane netted 31 times for the Lilywhites last season on his way to breaking into the England side. However, having already splurged this summer on the likes of Memphis Depay, Bastian Schweinsteiger and Morgan Schneiderlin (and with Pedro to follow), one wonders how eager Louis van Gaal is for another megabucks signing which could end up at the £50million mark.

Yesterday saw quite a flurry of rumours on Twitter concerning Karim Benzema’s proposed move to Arsenal. Today, the Mail tells that the move is still on, if the Gunners cough up the requisite £45million for the striker.

Madrid boss Rafa Benitez is looking to deploy Cristiano Ronaldo as a central striker and may even dot he same with Gareth Bale, which could leave French international Benzema on the sidelines. This rumour looks to have legs.

Despite a number of suitors, Charlie Austin remains a QPR player. However, according to the Mirror, the striker could be headed for a move across London. Tottenham are keen to give Harry Kane some support up front and see the 26-year-old Austin as the perfect foil for star-man Kane.

Newcastle, West Ham and Leicester have all failed to meet the Hoops’ £15million asking price so far, but now Spurs big cheese Daniel Levy looks set to cough up the cash for the forward.

Chelsea’s quest for a new left-back looks set to finally end with Baba Rahman agreeing to join the Blues, according to the Sky Sports. The Augsburg defender has been on Jose Mourinho’s radar for some time after shining in last season’s Bundesliga. The player’s agent confirmed that all that is left is for the two clubs to agree a fee for the 21-year-oldm which should be around £18million.

With Felipe Luis back with Atletico Madrid, the Blues are in need of back-up for Cesar Azpilicueta and in the pacey Rahman, they have a young player who’ll only get better. Once he gets some playing time, that is.

Liverpool In For Illarramendi

Linked with a move to Liverpool for most of the summer, Asier Illarramendi has apparently been told by his club Real Madrid that he is surplus to requirements. The defensive midfielder has never really lived up to the €32.2m the Spanish giants paid for him in 2013 and is now, according to the Express, the 25-year-old is looking for a new club.

Arsenal are also thought be interested in the Spaniard, with Arsene Wenger still on the lookout for another holding midfielder. However, Anfield seems the most likely destination for the former Real Sociedad man.

Fabio Borini is on his way to Fiorentina, ex-West Ham forward Alessandro Diamanti is headed back to the Premier League while Manchester City are eyeing Saido Berahino.