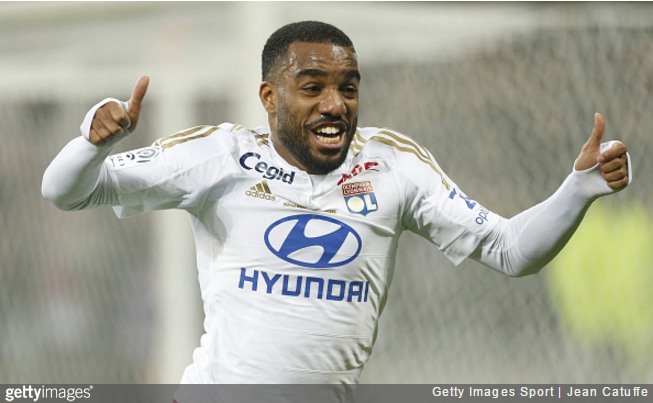 Lyon have responded to spurious stories in the French press by confirming the precise nature of the bid they’ve knocked back from Arsenal for striker Alexandre Lacazette.

Turns out that, while they had received a bid from the Gunners, the actual bid tabled was significantly less – around €35million (approx. £29.5million).

Indeed, the Ligue 1 side issued the following communique de presse to clear up the confusion, before once again stating for the record that Lacazette is not for sale at any price:

OL categorically denies having received a €48million offer from Arsenal for Alexandre Lacazette like Le Progrès claims in their edition this morning.

The club regrets yet again that Le Progrès did not decide to contact us before publishing this false information that has created confusion on the day where the club, on the stock exchange, publishes its annual accounts showing €218.1million, a progression of 111% from 2014/15.

The reality is that the club Arsenal made an offer worth €35million, which Lyon did not follow up on for one reason: OL will keep Alexandre Lacazette who is irreplaceable and who is one of the main leaders in Bruno Genesio’s squad.

So there you have it. We expect Arsene Wenger to return to the table with an extra pound in his pocket within the week.