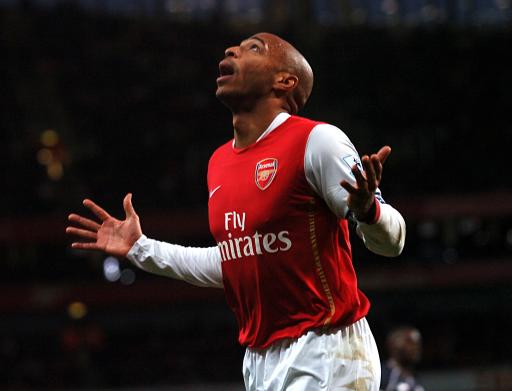 I think you can probably guess where this one’s going, can’t you?

Arsenal have this morning confirmed that club legend and all-time leading goalscorer Thierry Henry has signed a short term deal at the Emirates that will allow him to train with the first string until the MLS gets up and running again in early March.

Sadly, considering Nicklas Bendtner‘s truly woeful performance on Saturday, Henry’s current employers New York Red Bulls have confirmed that he has been forbidden from taking the field for his former club.