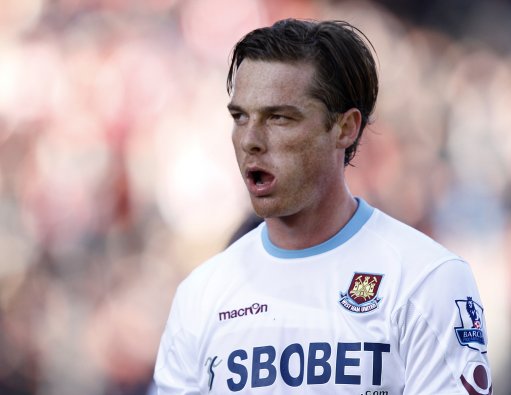 Having seen his side relegated from the top flight at the weekend, it’s perhaps inevitable that West Ham’s ventricle-busting skipper Scott Parker may have one eye on the exit at Upton Park and, if the Independent are to be believed, it looks like it is Arsenal who are poised and prone to snap up the FWA Player of the Year – with a three-year deal reported to be in the offing.

The Indy reckon that Arsene Wenger is ready to shell out upwards of £6 million on 30-year-old Parker, as the French schemer is finally ready to ‘break his self-imposed restriction on signing older players to long-term contracts’.

Stranger things have happened at sea, but Wenger placing his faith in a sweaty Cockney grafter over some prissy, adolescent 5’1” French tyro this summer seems just a little too far-fetched.

That said, £6m seems like chicken feed for a bona fide ‘Player of the Year’, so maybe Wenger may just be tempted into taking the plunge – though whether or not Parker’s hustle and bustle approach will be to his taste is quite another matter.

In fairness, altogether more feasible is the paper’s assertion that Wenger will also be allowing Tomas Rosicky and Denilson to move on to the highest bidders this summer.