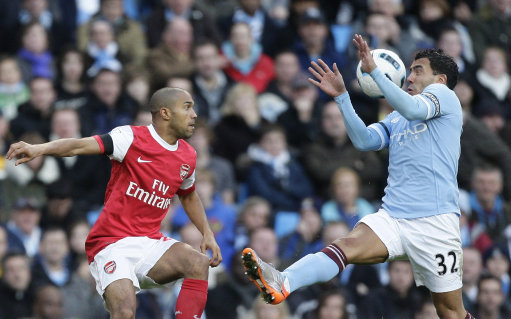 We assume the two things aren’t connected but, hours after Gael Clichy completed his £7 million move to Manchester City from Arsenal, Carlos Tevez has again gone public with his desire to leave the club this summer, citing ‘family reasons’…again.

“I need to be closer to [my children] and to spend more time with them. Living without my children in Manchester has been incredibly challenging for me. Everything I do, I do for my daughters.

“I need them to be happy because my life is about them now. I need to be in a place where they can adapt. I hope that the people understand the difficult circumstances I have been living under the past 12 months, in regards to my family.

“It is with great regret that I have to inform Manchester City of my wish to leave the club.”

Tevez then goes on, giving the old ‘respect for the fans, best of luck in the future’ bit – and that, as they say, is that.

After rejecting his transfer request mid-way through last season, City’s top brass stated that it would be they who dictate how and when Tevez leaves, but we all knew it would equate to little more than empty posturing – there’s little point in fighting tooth and nail to hold on to him and both the player and the club know it – and have known it for some time.

With Inter already ruling themselves out on wage grounds, where do you reckon Carlitos is going to pitch up come August? Our money’s on the Bernabeu.