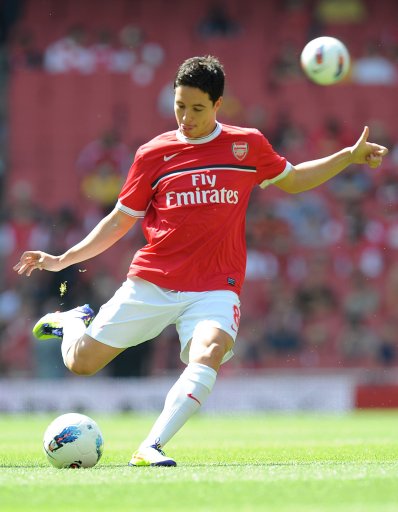 It’s official. All you gooners can start saying your goodbyes to Samir Nasri as Arsenal have agreed a fee with Man City (somewhere around £24 million) who have, in turn, agreed personal terms with the jinky Gallic schemer, who is now thought to be heading to Carrington as we speak to undergo a routine medical.

Arsenal have posted the following statement on their official site:

“We can confirm that they have agreed terms for Samir Nasri to move to Manchester City.

“The 24-year-old midfielder, who has spent three years with the Gunners, has been omitted from Arsenal’s squad which flies to Udinese this afternoon and instead will travel north for a medical.

“The move will be subject to Nasri passing a medical and formal registration processes.”

So there you go. Arsenal lose their second established star of the season, things aren’t looking particularly promising for the Gunners at the moment – but a quick £26 million bid for Eden Hazard from Arsene Wenger is rumoured to be already waiting in Lille’s inbox, which should go at least some of the way to staving off mass hysteria, no?