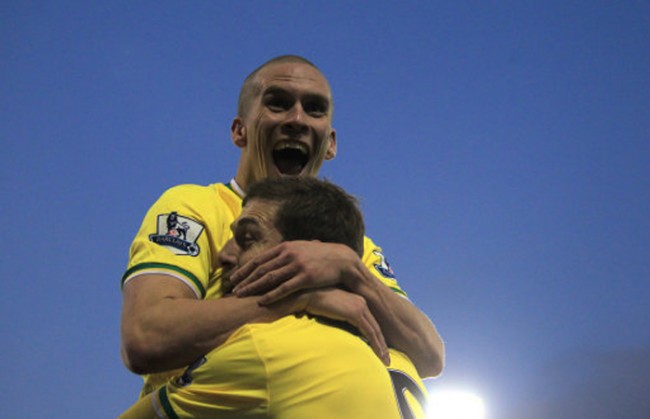 What a superb season Norwich City, newly-promoted to the top tier, are having. Finding themselves in ninth-place, only eight points off a European place, Paul Lambert and co. are blossoming in the top tier.

Despite dominating the opening stages of the game, West Brom failed to make that dominance count, and it was the visitors who would score first. Catching the Baggies on the counter-attack, Simeon Jackson fed Wes Hoolahan who in turn set up Andrew Surman, with the midfielder firing home with style.

With the score remaining 1-0 on the hour mark, West Brom boss brought on Shane Long and Graham Dorrans, and it was the Irishman who would get his side back into the game. Long fired home from the penalty spot after Jerome Thomas was fouled in the box, however, the Baggies would find themselves behind again just 11 minutes later.  Steve Morison was the goal-hero again for Norwich, heading past Ben Foster from a Grant Holt centre.

While Norwich enjoy the heady heights of the top 10, West Brom have now lost three in a row and are starting to feel the pull of the drop-zone.