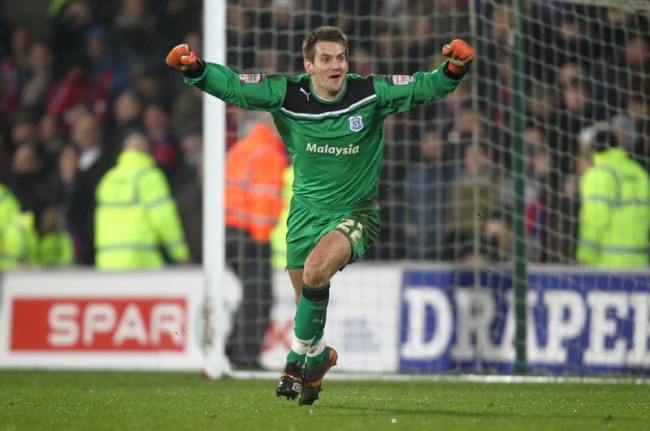 Cardiff then set about dominating the game for 113 minutes, but an equaliser proved elusive against a Palace side that defended like titans despite being reduced to 10-men late in the second-half when captain Paddy McCarthy was flashed a second yellow for crotch-thrusting Kenny Miller to the turf with 12 minutes of the 90 left to play.

The home side struck the woodwork three times over the course of the evening, with midfielder Aron Gunnarsson clanging a free header against the bar from six-yards in extra time that both could and definitely should have prevented the tie from going to penalties.

After Miller had sent his rubbish opening penalty ballooning into the ionosphere, Cardiff’s second-string stopper Tom Heaton held up his end of the bargain by saving Palace’s first two spot-kicks, with Eagles left-back Jonathan Parr eventually skying the decisive penalty to send the Welsh club into the Carling Cup final at Wembley where either Liverpool or Man City will be lying in wait.