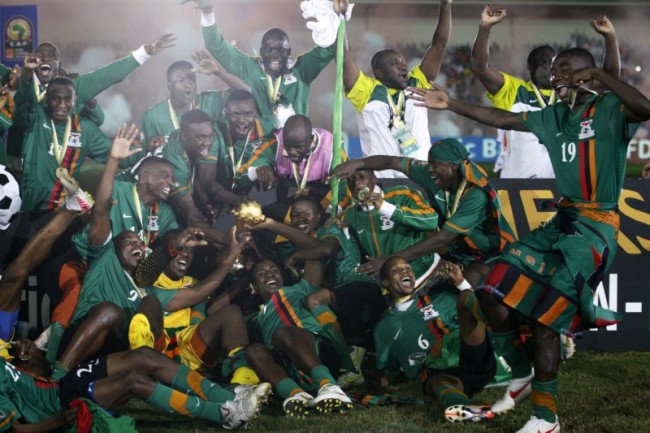 If recent, handshake-centric events in this country had ruined your faith in football, then the exploits of Zambia over the past fortnight-and-a-bit may just restore it for you. Last night, the rank outsiders and the most ‘under’ of all the underdogs climbed the proverbial mountain and won the 2012 Africa Cup of Nations.

Apart from being the most unlikely of winners, their success is a poignant and emotional one. Stop me if you’ve heard this one before, but 19 years ago, 30 Zambian players and coaching staff lost their lives in a horrific plane crash en route to a World Cup qualifier against Senegal in Dakar.

The plane crashed into the ocean just 500 yards off the coast of the Gabon capital of Libreville, the very city that played host to last night’s final. The very city in which, after nigh-on two decades of unresolved heartache, Zambia were finally able to pay fitting tribute to their fallen comrades by fighting their way to lifting the continent’s première footballing prize – yet it could have been so very different. 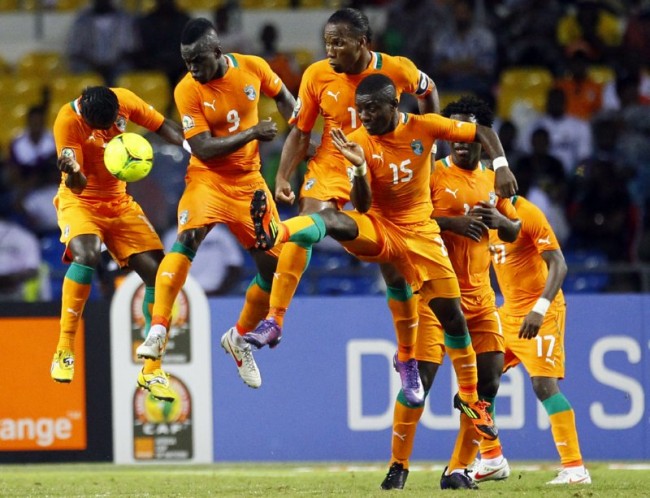 On the night, Zambia squared off against the favourites; a hulking, star-ridden Ivory Coast side which boasted the combined talents of the likes of Didier Drogba, Yaya and Kolo Toure, Gervinho, Cheik Tiote, etc, etc.

The Elephants should have wiped the floor with these Zambian minnows but, as they have done all tournament, Herve Renard’s charges played with no fear, no complacency and with the kind of unrelenting vigour and determination that you simply cannot put a price on.

Throughout the tournament, Zambia have played like a team on a mission. They have seen off heavyweights like Senegal, Ghana and Tunisia to get to the final. Ivory Coast should have been a game too far, but the Chipolopolos were completely unfazed by the occasion.

Straight from kick-off they attacked the Ivorian goal with zeal and from all angles and did a fantastic and diligent job of closing the ball down in midfield. 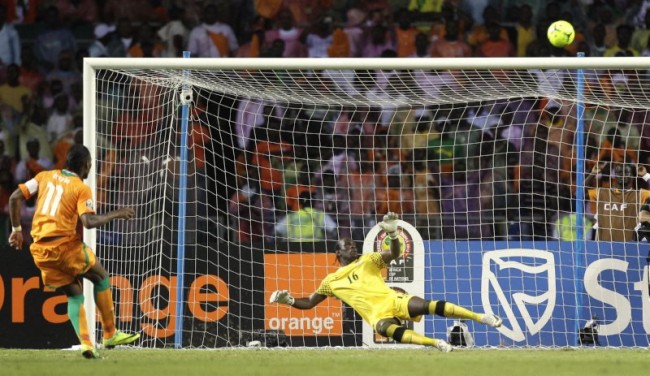 However it wasn’t all Zambia, in fact Ivory Coast should have had the lead at the break. After good work from Gervinho down the left flank, the ball was crossed in and eventually found its way to Drogba. A deft back heel fell to Yaya Toure who pulled his shot agonisingly wide.

Zambia’s star men, Mayuka and Katongo, tried valiantly to break the deadlock in the second half as the Ivorian midfield was run ragged by the nimble Zambians – yet the Ivory Coast were beginning to enjoy more success on the wings thanks to Arsenal’s Gervinho.

The be-fiveheaded one broke into the box on the 69th minute and was duly buffeted over by Zambian midfielder Isaac Chansa. Up stepped Didier Drogba, looking all but certain to give the Ivorians the lead, but with great pressure comes great responsibility. Like so many of his Chelsea teammates, Drogba skied his penalty high over the bar. Chelsea players missing penalties in major finals, eh? Whatever next? From there on in and with the score still goalless, both teams looked perfectly content to hover around and wait for the onset of extra-time.

The introduction of former Leeds man Max Gradel sparked new life into Ivory Coast. The effervescent winger was unlucky not to score in extra-time after a lovely turn followed by a low shot which rolled desperately wide.

It seemed like a unspoken truce developed between the two sides as the tie rumbled on. Every player on the pitch had given it their all for 120 minutes, but somehow they managed to cancel each other out and the final, without much resistance during the second period of extra-time, inevitably went to penalties. It seemed a shame that such a tense, weighted game was to be decided by a pot-luck shooting gallery, but penalties it had to be.

The shoot-out itself was a long and drawn out affair. After scoring seven penalties each (including a questionable retake of a Sol Bamba spot-kick and a brave penalty from Drogba to make amends for his earlier miss), Man City’s Kolo Toure took a long, long run up and sent a tame penalty into the trunk of Zambian keeper Kennedy Mweene

It was then left to Zambia’s young prodigy, Rainford Kalaba, to secure an famous victory for his country, but much like Drogba’s early effort, he launched his kick high over the crossbar – no doubt partially assisted by the rapidly disintegrating penalty spot.

Gervinho was then presented with an opportunity to re-establish his country’s grip on the trophy, but unbelievably he missed as well – side footing a frankly awful attempt both high and wide. Without a second though, Stophira Sunzu, the centre-half who had been fantastic all tournament, smashed home the sudden death penalty to send the Zambians into rapture and the Ivorians home trophyless – despite ‘keeper Boubacar Barry having not conceded a single goal during the entire tournament (which must be some kind of record?).

It was a game neither side could afford to lose for a wide spectrum of reasons. Zambia had the chance to finally exorcise the memories of their fallen generation, but Ivory Coast’s much-vaunted ‘golden generation’ were forced to watch yet another chance to win a tournament that has so far eluded them.

The footballing Gods, it seems, were with Zambia from the very moment they kicked a ball in Equatorial Guinea. I’m not a religious man, but perhaps divine intervention did have a part to pay. 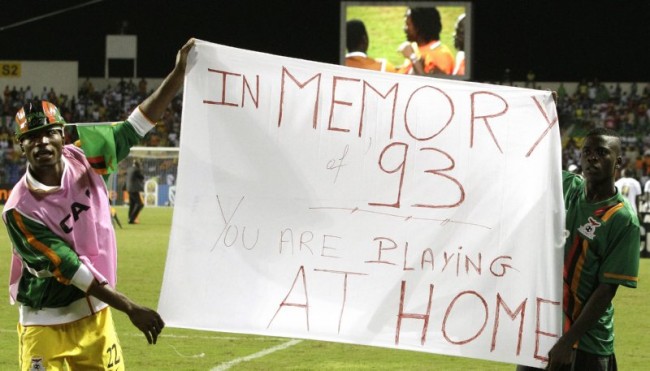 On a closing note, the Africa Cup of Nations tends to get a lot of flack for it’s innate inconsistency and the supposedly ‘low brow’ quality of the football on show. To that end, I’d like to say that the passion and emotion displayed by all the teams over these past three weeks has surpassed anything I have seen in football recently. It has, as previously alluded, gone a long way to restoring my jaded faith in football.

When national sporting stories like Zambia’s can be turned from all-encompassing tragedy to utmost jubilation, it gives even the most cynical of football fans hope that their sport isn’t completely dead on the vine.

I mean, just look at this; Zambia coach Renard carrying Joseph Musonda – a 34-year old defender who left the field in tears after suffering an injury just ten minutes into the biggest game he’s ever likely to play in – down the touchline to celebrate with the rest of his countrymen…

If that doesn’t buoy your soul, I don’t know what will!