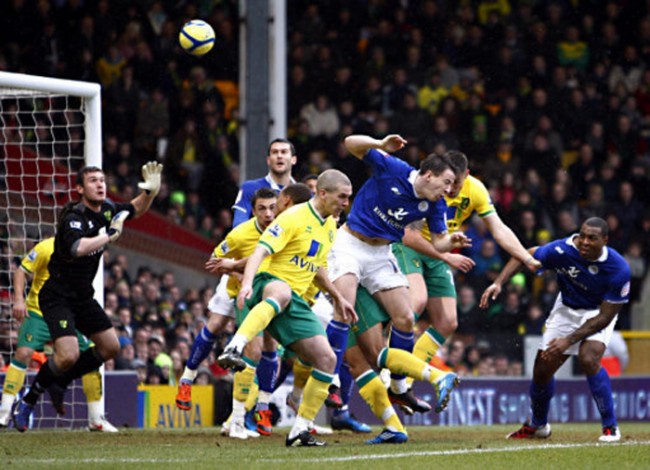 Norwich City have enjoyed a superb return to the Premier League this season, however their hopes of securing a last eight berth in the FA Cup were scuppered by an impressive Leicester side whose attack-minded play put the home side under pressure from the off.

Indeed, with only four minutes on the clock, the Foxes were ahead, with Sean St Ledger heading home after the visitors had bombarded the Canaries’ box with a series of corners. However, it was another Irishman, Wes Hoolahan, who would level the scores 18 minutes later, with the midfielder firing home after his own penalty kick had been saved by Kasper Schmeichel.

Leicester pushed to retain the lead once again, and almost went ahead courtesy of a clever Wes Morgan back-heel, only for referee Mike Dean to ajudge that the ball hadn’t crossed the line.

Norwich themselves had chances to take the lead, with Leon Barnett and Russell Martin going close. However, with 20 minutes left to play, David Nugent produced a moment of real class, drifting past Barnett before an unleashing an angled effort which evaded goalkeeper Jed Steer in the Norwich goal.

Jermaine Beckford almost increased the visitors’ lead, only to see his effort come back off the post, but it didn’t matter, as Nigel Pearson’s side held on to their lead and can now look forward to a quarter-final tie.