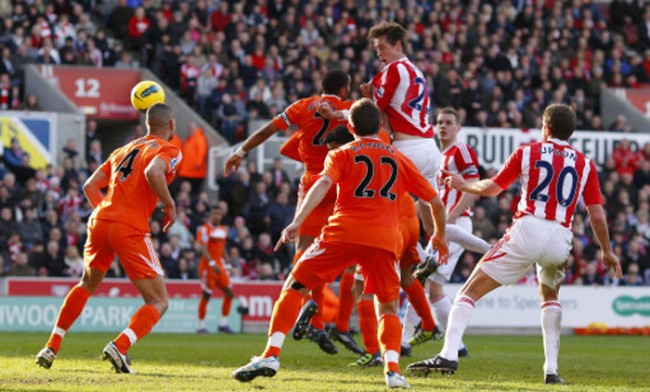 Stoke secured their first win in six league games after overpowering a technically superior Swansea side at the Britannia Stadium.

The Swans made the more impressive start, pinging the ball around in their now trademark style. However it was centre-half Matthew Upson who would open the scoring for the home side on 25 minutes, heading home a Matthew Etherington corner.

The Swans were caught out by another set-piece on 39 minutes, with Peter Crouch heading home from a Ryan Shotton long throw to make it 2-0. Although goalkeeper Gerhard Tremmel, in for the ill Michel Vorm, should have dealt better the Crouch’s effort.

After the break, Brendan Rogers’ side pushed for a goal, with Steven Caulker seeing his effort late on pushed onto the crossbar by Asmir Begovir. However, Stoke never really looked like throwing away their lead.

Stoke move back up to 12th in the table while the Swans drop to 14th, nine points clear of the drop-zone.