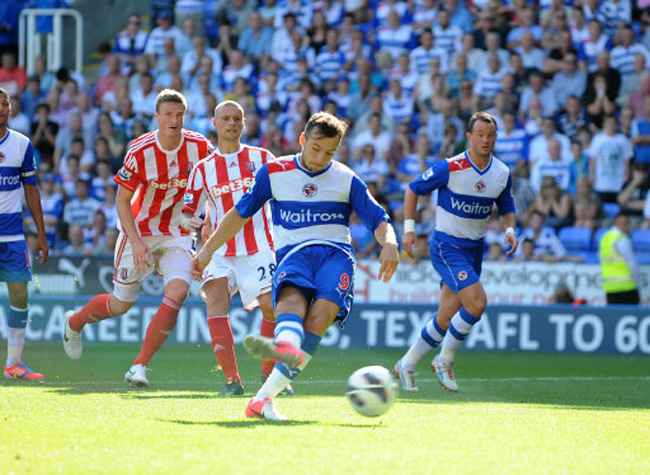 A late late Adam Le Fondre spot-kick rescued a point for Reading on their return back to the big time.

Summer signing Michael Kightly had given the Potters the lead on 34 minutes, after ‘keeper Adam Federici had made a right balls of a shot. However, Brian McDermott’s side battled well against a Stoke side who were, as usual, solid if predictable.

Le Fondre’s equaliser came after Garath McCleary was fouled in the box by Dean Whitehead, who was sent off after picking up his second booking of the match.

Expect Tony Pulis’ side to enjoy another decent season in the top tier. While for the Royals, it’s sure to be both a difficult and eventful campaign.