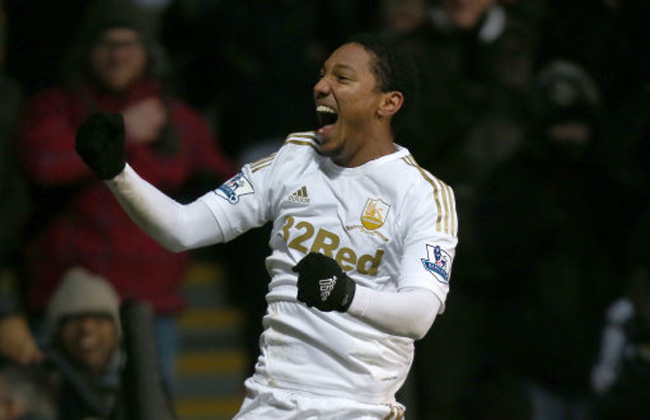 Dutch midfielder Jonathan De Guzman bagged a fine brace against Stoke on Saturday to secure a well-deserved victory for the Swans.

De Guzman netted his goals in the second-half, but only after full-back Ben Davies had finally opened the scoring on 49 minutes. Indeed, the first-half was rather forgettable, with Peter Crouch going close for the Potters and the in-form Michu going close for the Swans.

However, in the second-period, the home side upped their game, with Davies dribbling past a couple of players before firing home. The goal saw the Swans start to dominate, and eventually the second goal came, courtesy of a fine De Guzman free-kick just before the hour-mark.

De Guzman then made it 3-0 to the Swans on 80 minutes before sub Michael Own bagged a rare goal for the Potters at the death.