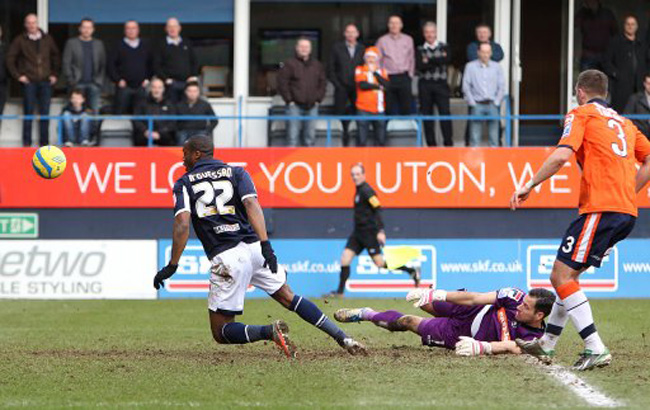 James Henry was the star of the show as Championship side Millwall ended Non-League’s Luton’s superb cup run.

The midfielder netted the opening goal of the game on 12 minues after a defensive howler from Janos Kovac before setting up Rob Hulse on 36 minutes, with the striker shinning home a rather fine overhead effort.

The Hatters did have chances themselves only to be thwarted by Irish ‘keeper David Forde but ultimately the Lions’ extra class showed, with Dany ‘Keeps ’em’ N’Guessen making it 3-0 late on.

Kenny Jackett’s Lions can now look forward to an FA Cup quater-final while the Hatters can get back to their Conference campaign.