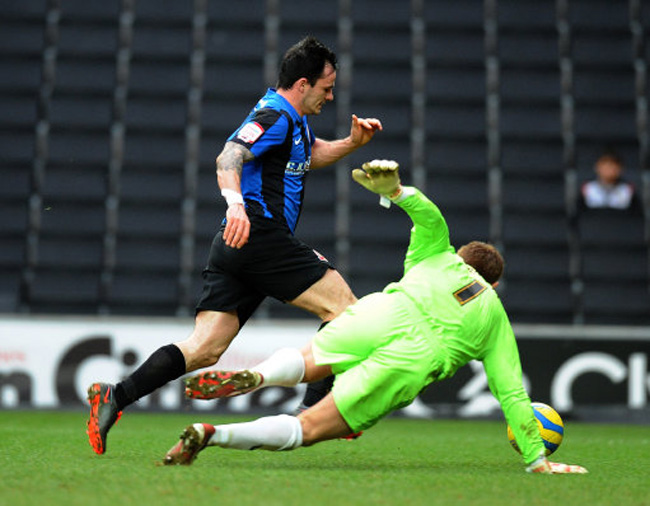 A brace from Chris Dagnall helped Barnsley on their way to a 3-1 win at Stadium:MK on Saturday.

The 26-year-old’s goals came on three minutes and in stoppage to bookend a fine 3-1 win for the Tykes away from home.  Marlon Harewood was also on the scoresheet for the visitors who produced an impressive and controlled display against the League One hosts.

On the hour-mark, Dean Bowditch did get one back for the Dons as the home side started to exert some pressure on the Barnsley goal. However, that striker would ultimately be nothing more than a consolation for the side who also had Alan Smith sent off (again) at the death for leading with his elbow.

The Tykes may be struggled in the Championship, but this victory is sure to give David Flitcroft and co. plenty of confidence for the rest of the season.