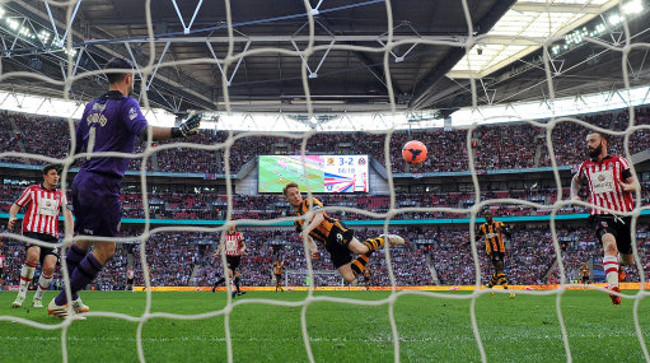 While yesterday’s FA Cup semi-final between Arsenal and Wigan left it’s drama until the penalty shoot-out, Hull and Sheffield United provided an eight-goal thriller in normal time at Wembley on Sunday.

Impressive from the start, the Blades went in at the break 2-1 up, courtesy of goals from Jose Baxter and Stefan Scougall with Yannick Sagbo on the scorehseet for Hull. However, after the break, the Premier League side took control, with Matty Fryatt, Tom Huddlestone and Stephen Quinn putting the Tigers 4-2 up. Nigel Clough’s men did net another goal at the death, courtesy of David Murphy, only for David Meyler to seasl the deal once and for all with a fifth for Hull.

Considering Steve Bruce’s side were without the cup-tied due of Nikica Jelavic and Shane Long, five goals was an impressive haul although they’ll have to defend better against Arsenal in the final if they are to stop Arsene Wenger finally getting his hands on some silverware again.