It’s only a few weeks since we brought you those incredible scenes of a Southend fan trying to fight (all of) a packed Colchester stand. However, on Saturday during QPR’s Championship clash with Birmingham City at Loftus Road, yet more fisticuffs ensued, with one Hoops fans on the end of a mean left-hook. 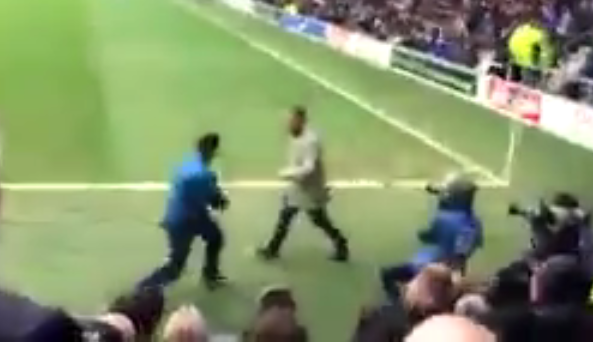 The incident in question happened after a QPR fan evaded the Loftus Road stewards and moseyed on over to the the away fans. However, on reaching the travelling Blues’ fans, the brave Rangers’ fan met his match, with rather painful consequences (apologies for the sideways video!)…

This QPR fan came a bit of a cropper after approaching the Birmingham end at Loftus Road today! pic.twitter.com/tiGVKJKVA8