After a dour, goalless first leg in Uruguay, a goal apiece from Neymar and Danilo was enough to bag Santos their first Copa Libertadores title since Pele was in the side last night – with an own-goal providing Penarol with an 80th-minute consolation.

The post-game celebrations were marred by an almighty brawl which broke out when several Penarol players took umbrage at Santos’ lairy celebrations and the fact that a supporter of Brazilian side ran onto the pitch to ‘provoke’ the flare-up.

Possibly interesting little sideline to night’s events. Shortly after the game, MARCA reported that Real Madrid had beaten Chelsea et al to the punch vis-a-vis Neymar after agreeing a whopping six-year contract with the young whippersnapper ahead of a €45 million move.

Could be complete codswallop mind. 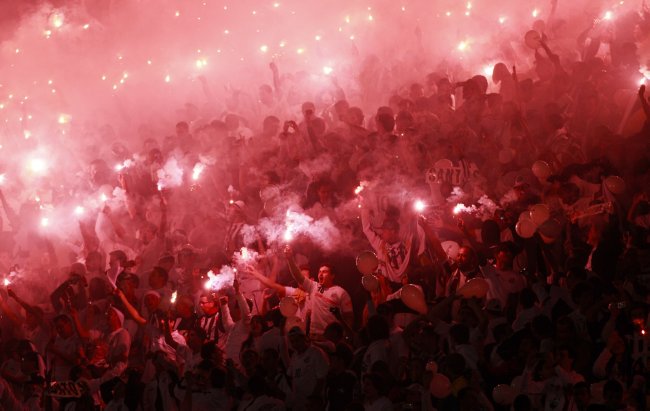 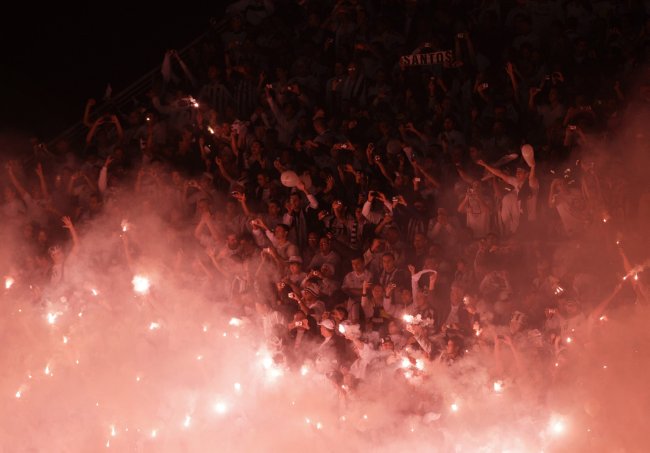 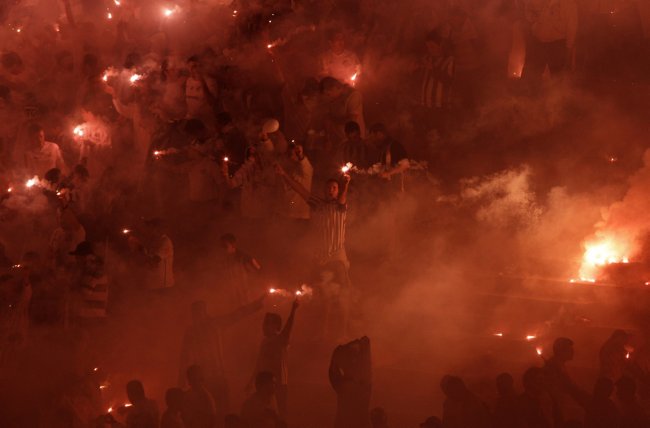 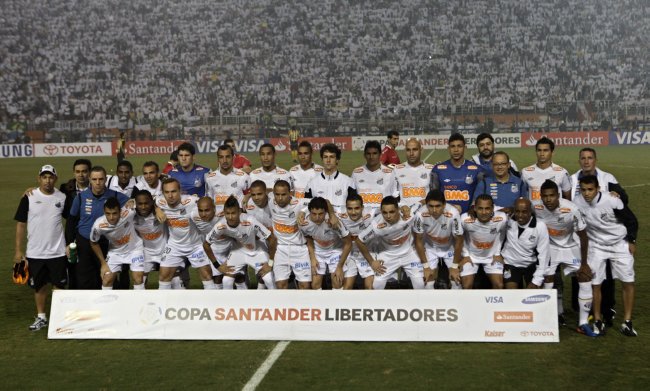 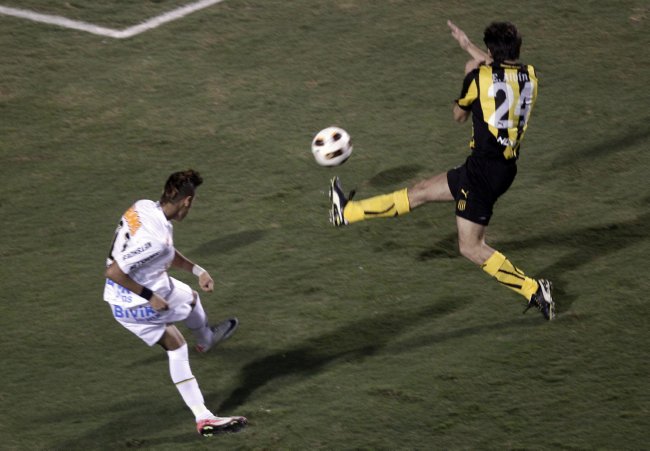 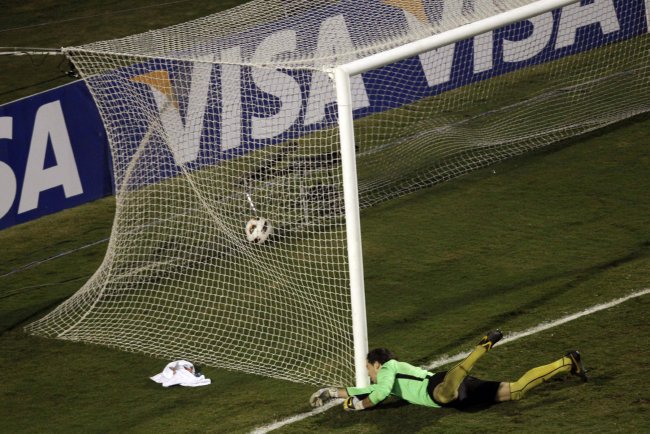 Neymar opens the scoring for Santos in the 47th minute… 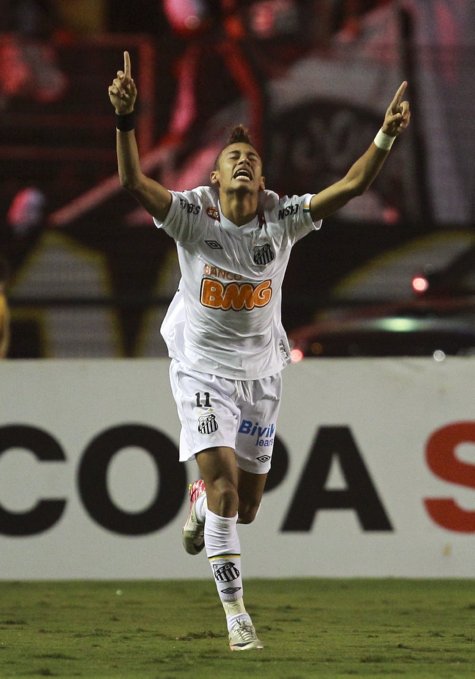 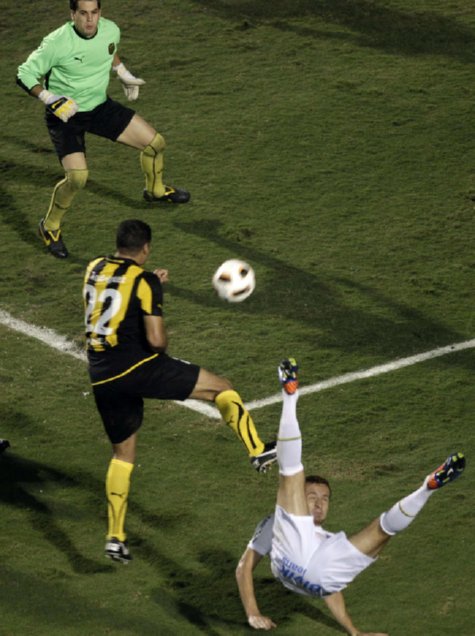 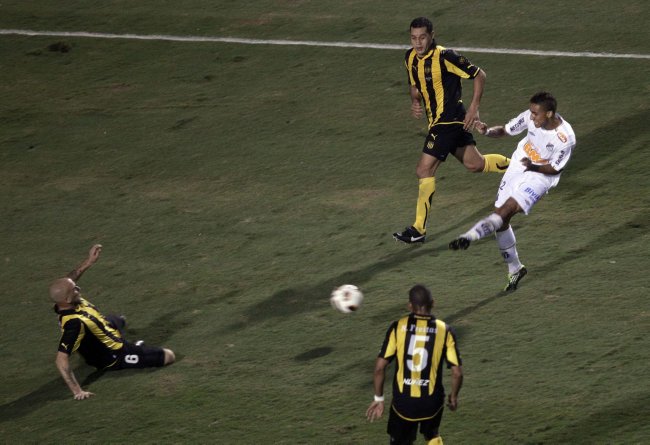 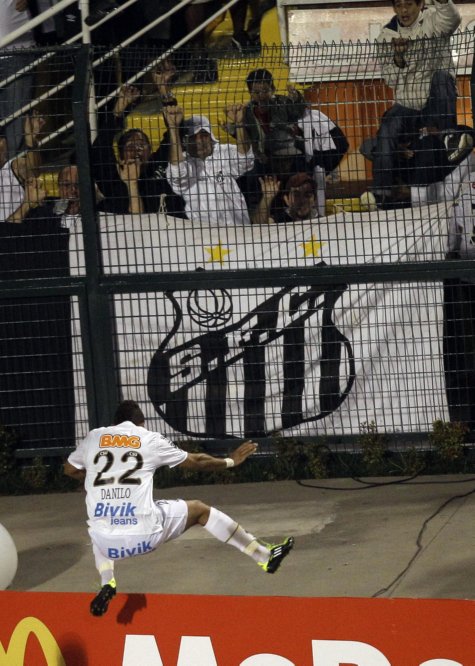 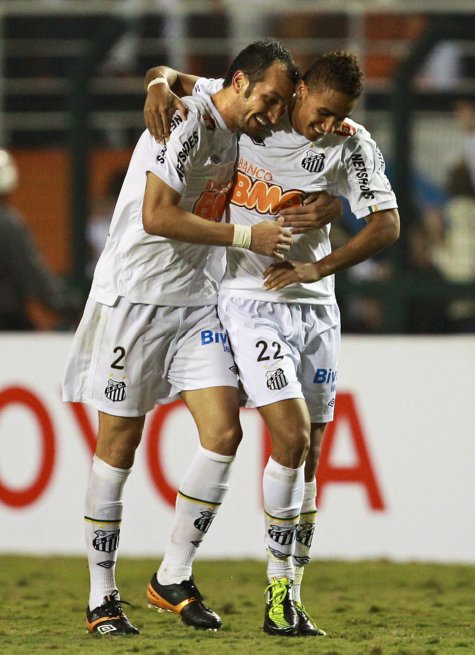 …then celebrates with teammate Eduardo Abonizio 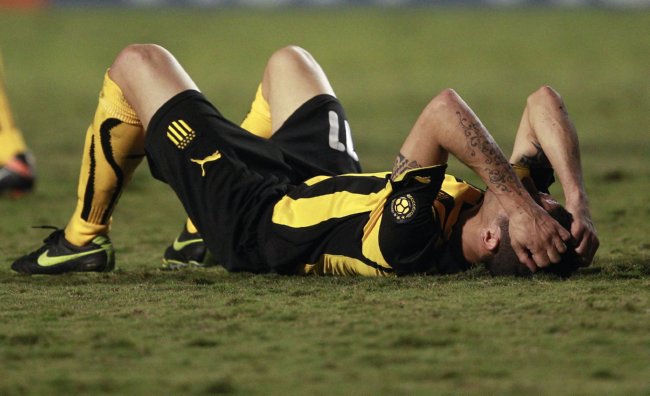 A brawl breaks out after the final whistle 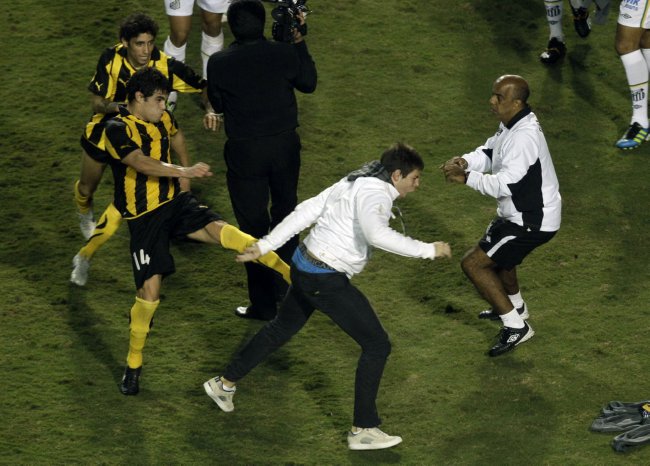 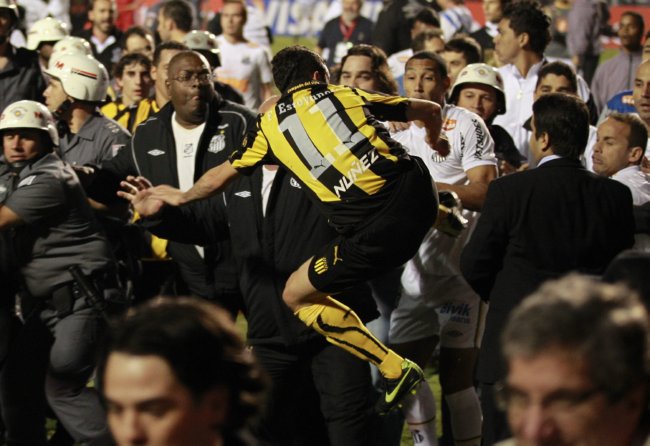 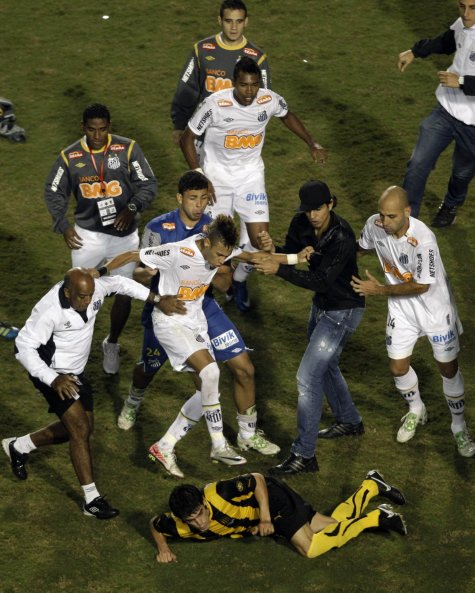 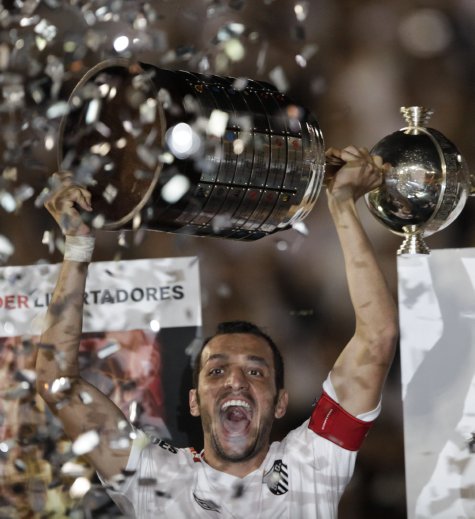 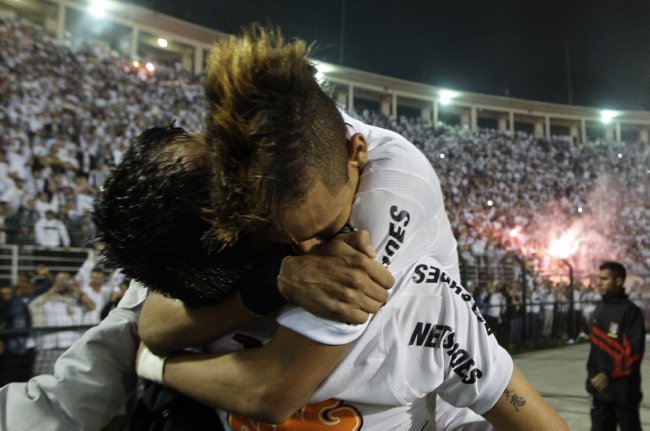 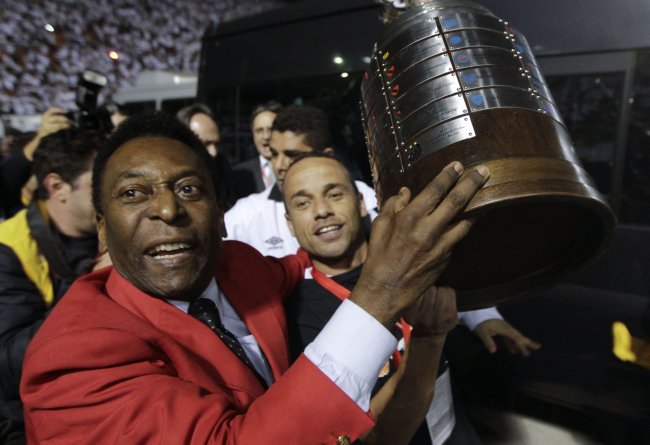 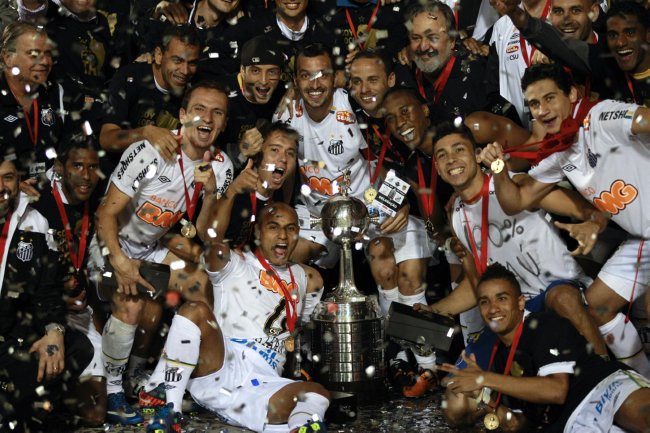