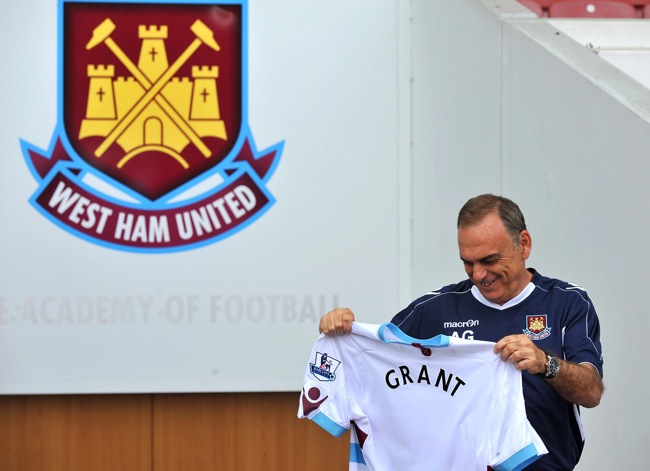 West Ham have announced they plan to retain manager Avram Grant – in the short-term at least – after months of speculation over his future.

The Irons put out a statement in Grant’s favour this morning insisting they were standing by their current gaffer, despite the club lying bottom of the Prem with just four wins in their first 20 matches.

The statement read: “The club are committed to retaining Avram Grant as manager and have identified potential transfer targets to give us the best possible chance of retaining Premier League status.”

My instinct is to applaud Messrs Gold and Sullivan for standing by their man(ager), but then you look at the table and wonder if it’s such a good idea to back-not-sack.

West Ham fans, what do you make of your club’s decision to retain Uncle Avram? Is it a decision that will galvanise the team, or does it spell a ticket to the Championship?