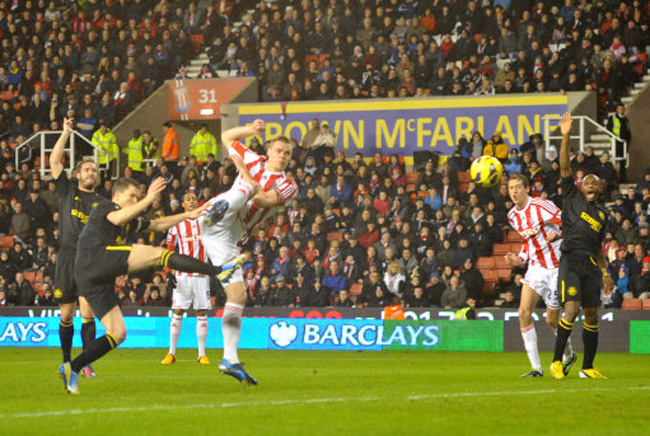 Wigan hauled themselves out of the bottom three on Tuesday evening after coming from two goals down to draw with Stoke at the Britannia Stadium.

Ryna Shawcross had opened the scoring for the Potters on 23 minutes as the home side looked comfortable for long periods of the first half.

That lead was doubled early in the second-half when Ali Al-Habsi could only parry a Charlie Adam effort into the path of Peter Crouch who fired home.

Two goals up, the home side looked to be heading for all three points but on 50 minutes, James McArthur got his side back into the game, courtesy of a fine strike with the outside of his right boot. With the visitors now looking the more likely to score again, McArthur popped up again, this time setting up Franco Di Santo to net from close-range.

The Latics pushed for the winner but Stoke stood firm and the game finished with both sides a point better off.

Wigan move to 17th, a place above Aston Villa, albeit only on goal difference. Stoke stay 10th.