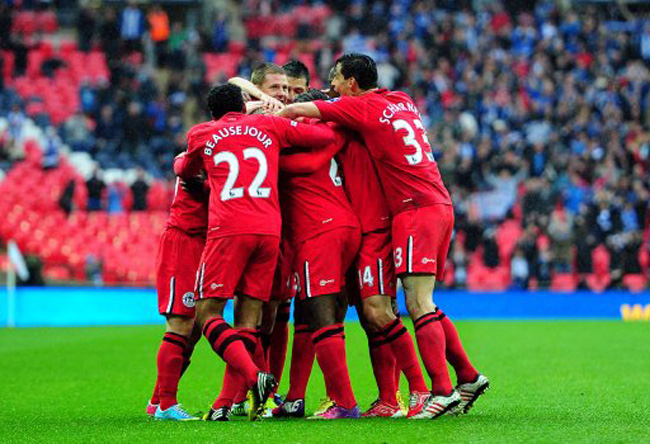 Wigan deservedly booked their place in the FA Cup final after a rather comfortable 2-0 win against Millwall at Wembley.

A goal in each half, one from Shaun Maloney and the other from Callum ‘not that type of player’ McManaman secured the victory for the Premier League side against a Millwall team that struggled to match their opponents.

Kenny Jackett’s men did start to threaten after the break, but ultimately it was the Latics who would come out on top, thus booking their place in the final against either Chelsea or Man City.

A section of Millwall’s fans didn’t do their club any favour in the second-half of the game, fighting amongst themselves and leaving some young fans in tears. The south London club are one of the most active in engaging with the local community and in dealing with racism and homophobia, but as highlighted on Saturday, their is much left to do if they are to rid the club of its negative image.

Anyway, as you will see from the photo gallery, I’ve not included any shots of the stupid behaviour from those fans as I don’t want to add to the coverage those gobshites have already got. They’ll only see it as a badge of honour. Oh, and well done Wigan!