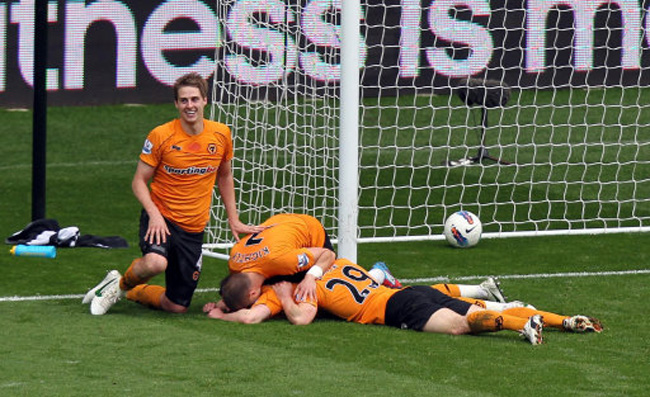 They may already be relegated, but Terry Connor’s Wolves side staged a magnificent comeback at the Liberty Stadium on Saturday.

Goals from Andrea Orlandi (after only a minute), Joe Allen and Nathan Dyer had put the Swans way out in front with just 15 minutes played. Scots striker Steven Fletcher got one back on the half-hour mark, but the visitors then found themselves 4-1 down just a few minutes later, courtesy of a Danny Graham strike.

However, despite being 4-1 down after just a half-hour of action, Wolves refused to give up and battled themselves back into the game. Matt Jarvis bagged the first of his brace on 33 minutes before second half goals from David Edwards and Jarvis again made it 4-4 to give Conner and co. something to smile about at last.

Swansea now find themselves 12th while for Wolves, (at least) one season in the Championship awaits.