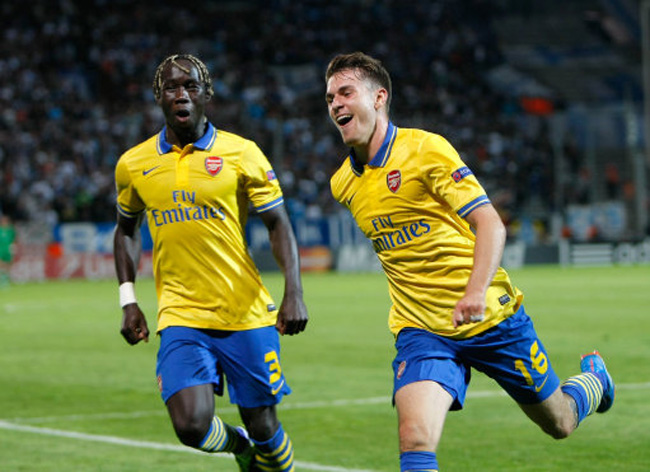 Arsenal made it a superb 10 away wins in a row after battling to a 2-1 in Marseille on Wednesday night.

After a tight first-half, the Gunners improved in the second period and were eventually rewarded for their endevor when Theo Walcott volleyed home from inside the box. Once again putting in a superb all-action performance, Aaron Ramsey made it six goals for himseifl this season when his effort was deflected in past Steve Mandanda in the L’OM goal.

Sub Jordan Ayew got one back at the death, courtesy of a spot-kick, after a Ramsey foul in the box. However, in the end, the Gunners held on to continue their superb start to the new season.