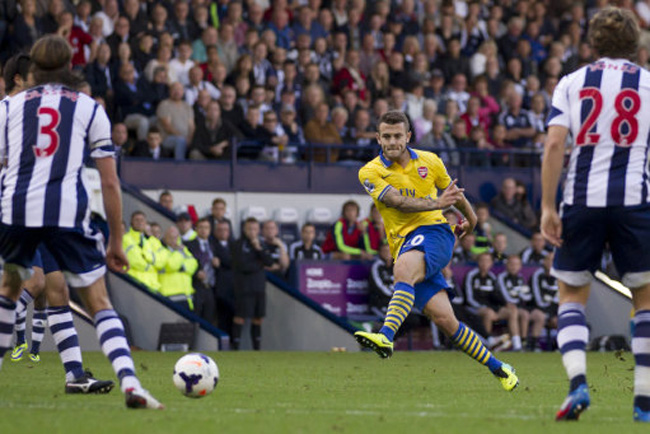 Arsenal hauled ended the weekend top of the table once again after battling hard for a draw at the Hawthorns.

The Baggies were the better side for large periods of the game and eventually went ahead just before half-time, when Morgan Amaltifino’s centre was headed home by Claudio Yacob.

Ex-Gunner Nicolas Anelka had a couple of chances to wrap up the game for the home side after the break, but it was the Gunners who would score the only other goal of the game. After superb link play from Olivier Giroud and Tomas Rosicky, Jack Wilshere of all people (who had been very poor in the first-half), fired home a low effort which deflected off Jonas Olsson and into the West Brom net.

Ultimately, a draw was about the right result.