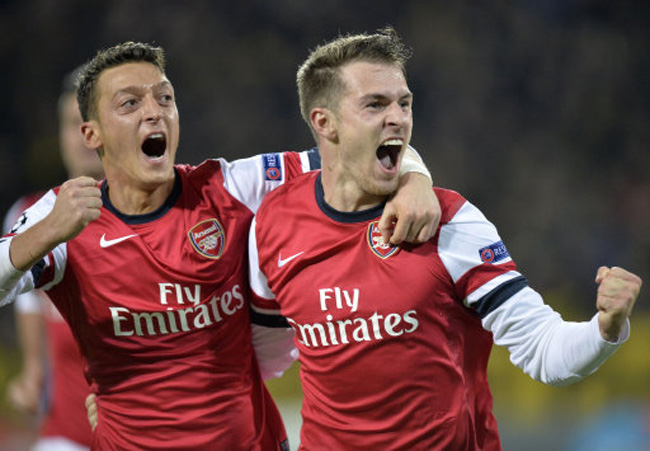 While many TV pundits still remain unconvinced by Arsenal’s chances of silverware this season, the Gunners just keep on winning. Coming on the back of a fine 2-0 win against Liverpool at the weekend, Arsene Wenger’s men produced a magnificent defensive display to beat the mighty Borussia Dortmund on their own patch.

The home side dominated possession for long periods of the game, but the Gunners were disciplined and focused, with Wojciech Szczesny outstanding in goal and Per Mertesacker a gangly rock at the heart of the Premier League side’s defence.

On the hour-mark, the Gunners then bagged a superb smash-and-grab goal, with Aaron Ramsey yet again popping up to score, this time heading home after a Mesut Ozil centre. The Welshman almost made it two soon after before the visitors closed out the game with some superb defending.

Arsenal now top Group F, ahead of Napoli on goal difference, as their season goes from strength to strength.

Highlights (just the goal for now)…