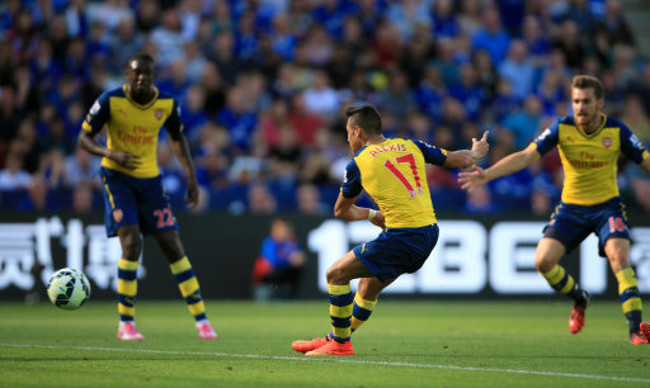 Just a day before transfer deadline day, Arsenal’s lack of depth in striking positions was all too apparent away at Leicester. With Olivier Giroud crocked until the new year, Yaya Sanogo lead the line for the visitors but struggled to provide a serious cutting edge.

The Gunners did take the lead on 20 minutes after Sanogo himself bundled the ball towards goal, with Alexis Sanchez on hand to score his first Premier League goal. However, the Foxes were always in this game and levelled just a couple of minutes later when Leonardo Ulloa was left unmarked to head home.

In the second-half the Gunners failed to click and the home side could have won the game themselves. While Nigel Pearson will be satisfied with his side’s performances, Arsene Wenger will be well aware that his side need to improve quickly.