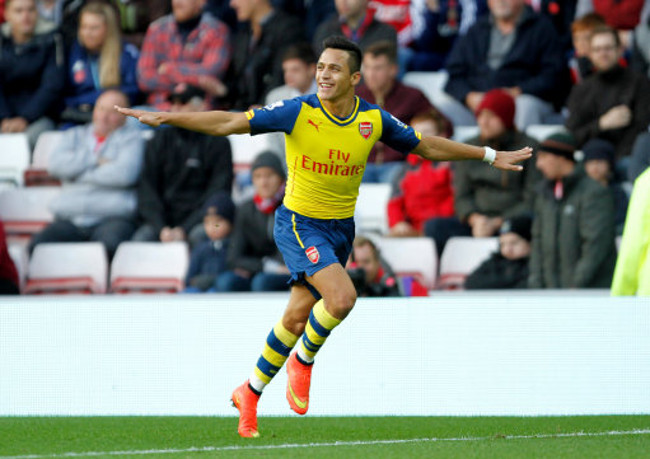 Arsenal secured a much-needed if hardly-deserved victory at the Stadium of Light on Saturday. The Gunners’ best player by some distance, Alexis Sanchez, bagged both goals in a game where the hosts were once again their own worst enemies.

With the 8-0 hammering at the hands of Southampton last weekend still hanging over the Sunderland players, they produced a dreadfully nervy defensive display. Indeed, both Arsenal goals came from Sunderland howlers, with Wes Brown’s botched back-pass allowing Sanchez a clear run on goal, although his chipped finish over Vito Mannone was delightful.  Them with the game almost over and the Black Cats pushing for an equaliser, the hapless Italian ‘keeper made a dog’s dinner of what have been a simple clearances, leaving Sanchez to double the Gunners’ advantage.

Overall, Arsene Wenger’s side were poor, with Alex Oxlade-Chamberlain once again off form and Santi Cazorla wasteful in front of goal. As for Gus Poyet and Sunderland, they can be pleased with a decent team performance which saw them match the Gunners for long periods of the game. If only they could stop shooting themselves in the foot.