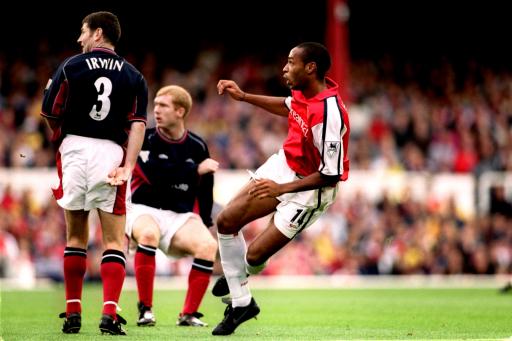 Blink and you’ll miss it

Thierry Henry’s instinctive, mercurial volley against Manchester United at Highbury in 2000 is routinely bandied around when discussing the greatest goals ever scored in the Premier League and with very good reason – it was as close to a work of art as you’re likely to see in footballing terms.

14 years on down the line and one of Arsenal’s current crop, Alex Oxlade-Chamberlain, was tasked with recreating Henry’s imperious masterwork as part of his OX TV segment on the Gunner’s social media channels last year – re-posted as a Thursday Throwback this week.

Let’s see how he got on, shall we?

Close, but no cigar – though we were willing Wojciech Szczesny to step in and do it first time!

In other news, Arsenal are killing it in the social media stakes at the moment.