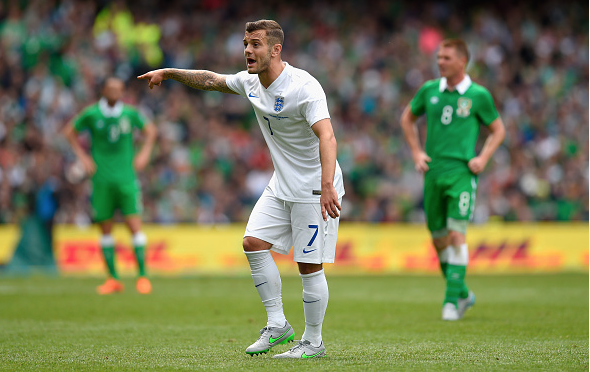 How football reporting works, with Arsenal’s Jack Wilshere and the Daily Mail team. Following a dire 0-0 friendly draw with Republic of Ireland, the writers got to work.

Neil Ashton: “Thank the lord for small mercies because at times Jack Wilshere shimmered on the ball, making the type of purposeful, driving runs that brought back memories of Paul Gascoigne striding through England’s midfield.”

Riath Al-Samarrai: “Jack Wilshere is almost alone in showing initiative… he is still the dynamic force in this team. A team performance that could not have been more subdued was at least partially lifted by Wilshere probing and searching from deep.”

John Downes: [Paul] Scholes’ praise of Wilshere continued after the game by stating that the Gunner was the only one in the England team who played well.
‘I think he (Wilshere) was the only one,’ Scholes added.

And now for the scores.

Rob Draper: “5/10. Previously thrived in this position but looked out of sorts. Too much was ineffective, epitomised by the awful first-half free kick routine with Lallana.”

That score marks Wilshere out as the second worst player on the pitch. Of the 33 players who appeared for both sides only Chris Smalling (4.5) scored a lower mark than the Arsenal man. Top marks when to Everton and Ireland’s Seamus Coleman (7.5). Even Sunderland’s John O’Shea scored 7.

As Wilshere himself might ask, ‘What do you think of that?’