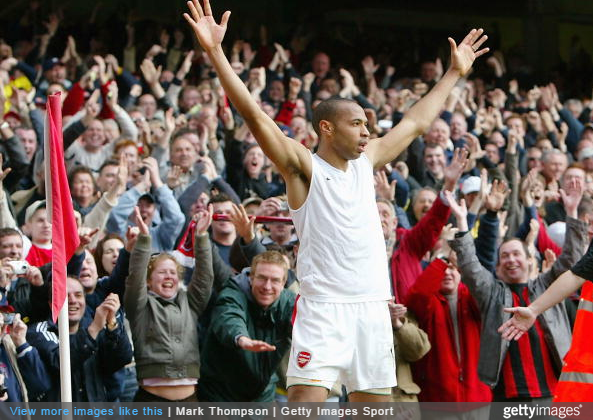 With Thierry Henry turning 38 today, we thought we’d bring you a classic moment to celebrate the Arsenal idol’s safe passage into frumpy middle-age.

The month was April, the year was 2004. Henry was busy helping himself to an imperious hat-trick in a 4-2 victory over Liverpool for the Gunners.

Over on Fox Sports’ Argentinian broadcast of the game, legendarily bonkers commentator Juan Manuel Pons was struggling to contain himself as ever.

In fact, the man they call ‘El Bambino’ was so enamoured by Henry’s handiwork that he broke into song – ‘O Sole Mio’ to be precise, more commonly known as ‘the song from the old Cornetto adverts’…