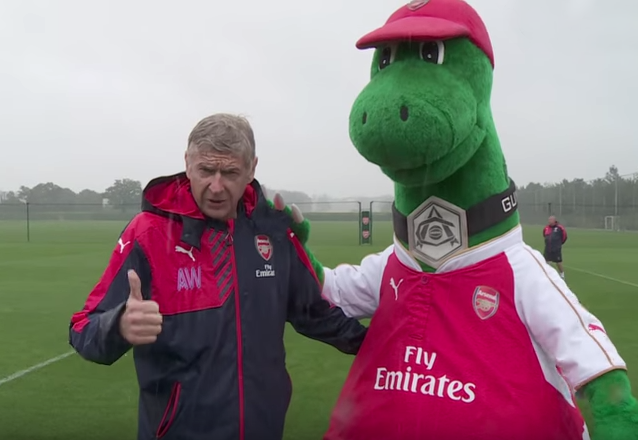 First up were Mikel Arteta and Theo Walcott who both faired equally poorly (despite somehow escaping with a 100% scoring record) before the club’s real big hitter stepped up to the plate.

With an assist from manager Arsene Wenger, Gunnersaurus duly showed Arteta and Walcott how to properly dispatch a dizzy penalty – or not, as the case may be…

Just so you know, the Dizzy Goals Challenge aims to raise awareness of The Global Goals – a series of ambitious targets to end extreme poverty, fight inequality and tackle climate change to be agreed by 193 world leaders at the UN on 25th September.