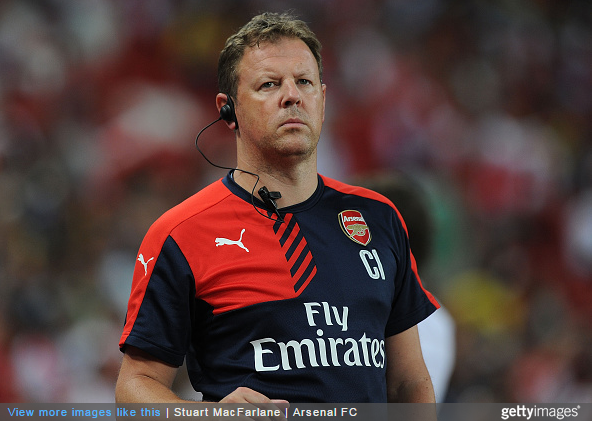 What with Arsenal’s players generally being made of warm chocolate, it shouldn’t come as much surprise that the Gunners’ poor physio hasn’t enjoyed a day of leisure in quite some time.

In fact, it’s been posited that Colin Lewin (cousin of England physio Gary) hasn’t had a single day off work in over a decade as a direct result of Arsenal’s myriad injury woes.

Despite being contractually obliged to 28 days holiday per annum, Lewin has powered through for 10 solid years – his monstrous workload caused, in varying degrees, by serial crock-odiles Jack Wilshere, Abou Diaby, Theo Walcott and Aaron Ramsey.

According to The Sun’s Dream Team FC, for the past four years, Lewin has only been allowed to leave the Emirates on two occasions: “Christmas Day in 2013 and one afternoon last spring after he collapsed from exhaustion.”

I haven’t seen Colin in person for years. I thought he might make my birthday early this month but he was worried Wilshere’s leg was going to fall off.

When Diaby left I thought Colin might get to see more of his friends and family. But what with Debuchy, Rosicky and Wilshere, I’m not sure when he’ll be free again, if ever.

The report goes on to suggest that Lewin only has time for “just one meal a day and sleeps only three hours a night in a dark corner of Arsenal’s medical room.”

Arsenal have also apparently been advertising for a physio’s assistant since 2007 but “as of the time of writing there have been no applicants”.

Which is likely bollocks, but mildly entertaining nonetheless.