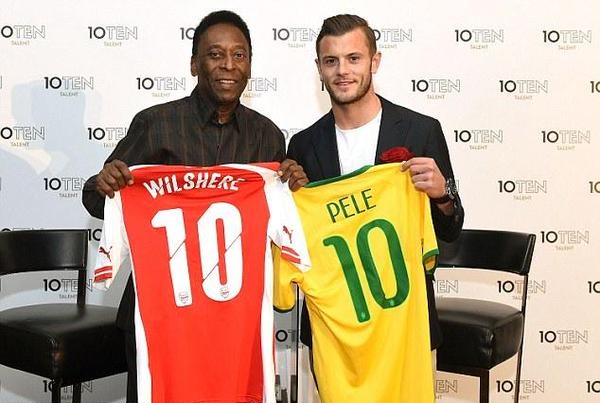 After bouncing back from a recent bout of illness, Pele is in London at the moment opening the new “Art, Life, Football” exhibit  – a collection of works dedicated to and inspired by Brazil’s legendary No. 10.

Of course, Pele found time for a bit of a chin wag with the hacks in attendance and, once pushed, revealed that were he still playing today, he’d really rather like to have a stab at playing up-front for Arsenal.

The 74-year-old told the Telegraph:

Arsenal would be a good team to play for. I like the teams that play open football.

Today it is difficult to decide which teams play that way.

Barcelona are the closest in style to Santos and are almost the same style as Brazil in 1970.

Between Chelsea and Arsenal? I would play for Arsenal if I had the chance.