Sheffield Wednesday added insult to Arsenal’s injuries on Tuesday night, deservedly dumping the Premier League giants out of the Capital One Cup 3-0. 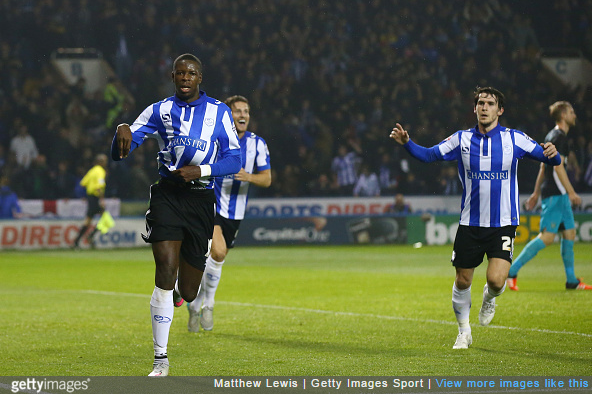 Arsene Wenger put out a second-string side at Hillsborough, with teenagers Glen Kamara and Alex Iwobi both starting.

The game was only four minutes old when Alex Oxlade-Chamberlain pulled up and had to be replaced by fellow England man Theo Walcott.

However, things went from bad to worse for the Gunners, with none other than early sub Walcott himself picking up an injury just 15 minutes later. This time French youngster  Ismael Bennacer entered the fray in his first senior appearance for the club. And at least on this occasion the 17-year-old would actually complete the game.

Wednesday had been sharp from the start, and against a further weakened Arsenal side, they eventually took the lead on 27 minutes, with Ross Wallace producing a fine finish from 18 yards.

The Gunners looked all over the place at the back and went 2-0 down on 40 minutes, when Wallace’s cross when headed home by Lucas Joao.

Soon after the re-start, the Owls sealed the deal when Sam Hutchinson tapped in to send the home fans wild.

The visitors continued to toil, with Wenger sending on Polish teen Krystian Bielik. However, the hosts continued to look in control and eventually ran out comfortable 3-0 winners.

The results sees the in-form Owls go into the quarter-finals of the competition after a memorable night in Sheffield. As for Arsenal, Wenger will no doubt be more concerned by the injuries to Oxlade-Chamberlain and Walcott than the result, poor as it was.