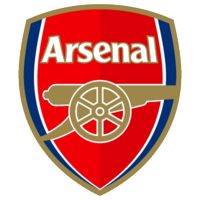 Goalkeeping: Jens is a talented pupil but he can be a disruptive influence on the class. I appreciate he has language barriers to overcome but he shouldn’t argue with the teacher so much – eight times in detention is not acceptable. Perhaps when Lukasz arrives next term he’ll calm down and stop being such a big confrontational German.
Defence: If William stopped talking in class for five fucking minutes, perhaps he could knuckle down and apply himself. And Emmanuel must learn to respect authority or he’ll never succeed in life.

Midfield: Star pupil Cesc continues to put the older kids to shame, although he should show more respect to Mr Hughes, the PE teacher.
Striking: Thierry missed games lessons on far too many occasions. Hopefully next term he’ll be able to improve his attendance record.
Overall: Not the strongest term and we didn’t win anything at school sports day but this is a young class who have the potential to improve. Class numbers are too high though, and I’m sure the group will settle down once workshy pupils piss off back to Spain. Julio, that means you.
Mr Wenger