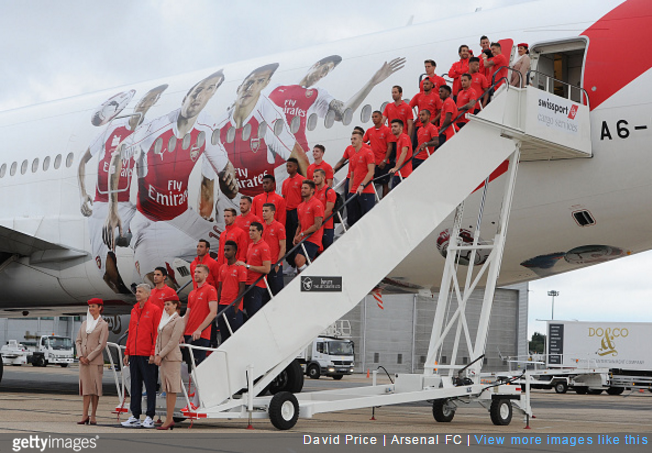 Arsenal’s decision to take a 14-minute flight from London Luton airport to Norwich ahead of Sunday’s game at Carrow Road has been chastised by a group of environmental campaigners.

By comparison, the 115-mile journey from the club’s London Colney training ground to Norwich’s stadium would take around two hours by coach or train.

As such, their decision to fly has been heavily criticised by Plane Stupid, a network of grass root groups that keep tabs on the expansion of the aviation industry and help bring an end to needless short haul flights.

Having lived in Norwich and Finsbury Park, I can tell you that this is a distance that you can do in two hours by train, without fuelling climate change. This is ridiculous.

I’m a life-long Gooner so I’m used to being occasionally embarrassed by my team, but I prefer them to wait until after kick-off before humiliating their supporters.

Don’t fly to Norwich, the Canaries aren’t worth it.

Well that’s not very polite, now is it?