Arsenal’s hopes of a third FA Cup title in a row remain in tact after a deserved, if tight, 2-1 win against Championship side Burnley. Arsene Wenger handed a debut for Egyptian midfielder Mohamed Elneny while French hardman Francis Coquelin returned to the Gunners’ starting XI after a couple of month out of action. However, it was full-back Calum Chambers who would produce the best moment of the match. 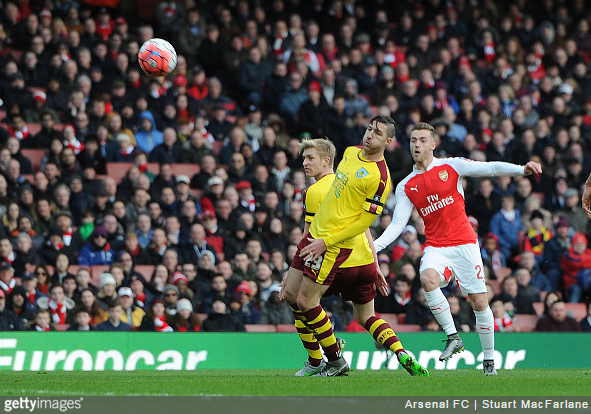 The superb Alexis Sanchez, who would go on to score the decisive goal of the game, set up Chambers with a clever nutmeg, with the former Southampton youngster deftly curling home courtesy of a superb outside-of-the-boot effort…

“How about that for improvisation!” @CalumChambers95 superbly curls @Arsenal ahead… #EmiratesFACup https://t.co/ilGl8arD4F

The Clarets did get back on level terms before half-time, courtesy of a powerful header from Sam Vokes, but ultimately Sanchez’s second-half effort would secure victory for the hosts, who move into the fifth round of the competition. But what a classy strike from Chambers!