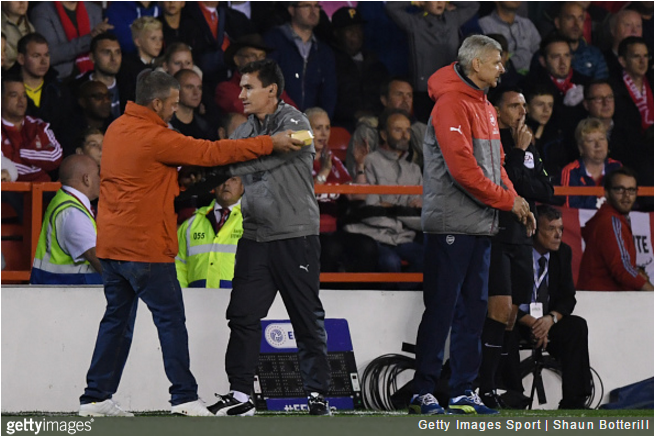 Realising that he’d made his way up from London and therefore had probably never sampled a decent pie in his life, a pitch invader hopped over the advertising boards during last night’s EFL Cup tie between Nottingham Forest and Arsenal and attempted to hand his steak and onion to Arsene Wenger.

Midway through the first half, the intrepid fan made his way toward Wenger’s technical area and offered his pie to Wenger, only to see his generous offer unceremoniously spurned…

It’s the same old story. You try to do something nice and you end up being ushered away by security. Typical.

Thankfully, TalkSPORT producer James Dodd had eyes on the story as it unfolded in dramatic fashion before his very eyes…

I kid you not, a bloke has just walked on to the pitch, in to the dugout and tried to give Arsene Wenger a pie. No word of a lie #AFC

It breaks our hearts to see a perfectly good pie go to waste.

Shame on you, Mr Wenger. Shame. On. You.