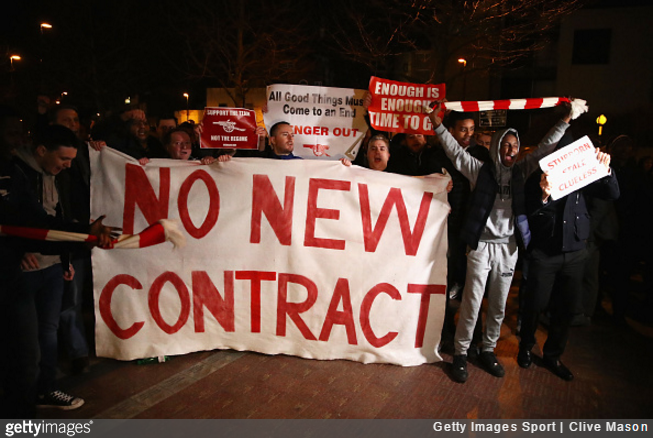 Miffed Arsenal fans continued to voice their discontent by staging a limited protest outside the Emirates ahead of tonight’s Champions League last-16 second legger against Bayern Munich.

Banners were on show with slogans such as “No new contract,” “Au revoir Arsene” and other such malcontented tosh.

Swipe through the slideshow for more images…

It didn’t end with the silly signs either…

Footage also showed fans chanting “Arsene Wenger, killing our club” – fans who, Pies politely suggest, should perhaps go and chat with fans of Charlton, Coventry, Blackpool and the like before repeating themselves.