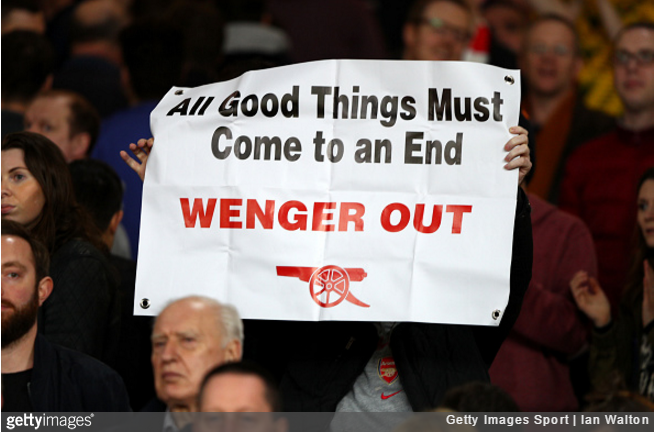 Due to their collective and rank lack of perspective, a group of fans were planning to fly an ‘anti-Arsene Wenger’ banner over Arsenal’s game against West Brom this coming Saturday afternoon.

A crowdfunding campaign was used to raise the £2,500 necessary to stage the aerial protest, which included the hiring of a plane, the printing of a huge “Wenger Out: No New Contract” banner and an assortment of boards, balloons and beach balls to wave about in the crowd at the Hawthorns.

However, according to the Evening Standard, the protest has unfortunately had to be nixed after bad weather was forecast on the day of reckoning.

A plane was due to fly over the Hawthorns stadium trailing a banner […] but high winds and possible storms around Sandwell have seen the protest delayed.

The Standard add that the revolting fans are refusing to admit defeat and are now hoping the weather will be fair enough to deploy their silly plane during Arsenal’s game against Man City at the Emirates on 2nd April instead.