Top-four chasing Arsenal produced a superb display away to Stoke on Saturday, scoring four goals in a rare win at the bet365 Stadium.

Stoke did bag a goal themselves, albeit in very controversial circumstances, with Peter Crouch knocking the ball in with his hand.

Despite Arsenal’s recent revival of form, another ‘Wenger Out’ banner was flown over the bet365 Stadium.

The game itself was a poor affair for most of the first-half. However, just before the break, the visitors took the lead, with Olivier Giroud netting from close-range after a fine passing move.

On 55 minutes, the Gunners doubled their advantage, with Mesut Ozil and Alexis Sanchez combining superbly before the German coolly fired past Jack Butland.

Arsenal looked to be cruising to be a vital away win. However, the Potters pressed for a goal and eventually got one back, albeit via a cheeky, cheating hand from Crouch, who punched home a Marko Arnautovic centre. 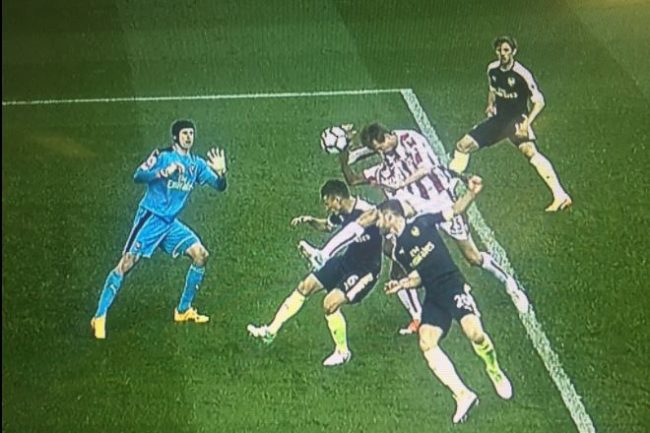 Rather than capitulate, as has often been the case this season, the visitors took firm and increased their lead on 67 minutes, with the superb Sanchez firing home.

Soon after, it was 4-1 to the north Londoners, with Giroud netting his second of the game to seal an impressive win for Wenger and co.

Arsenal now found themselves in fifth, just one point behind Liverpool, who travel to West Ham on Sunday. A 22nd consecutive season in the Champions League is still very much a possibility for the Gunners.

As for Mark Hughes’s Stoke side, a poor display in front of their own fans sees them stay 13th, a somewhat disappointing ranking for a side with far higher aspirations.