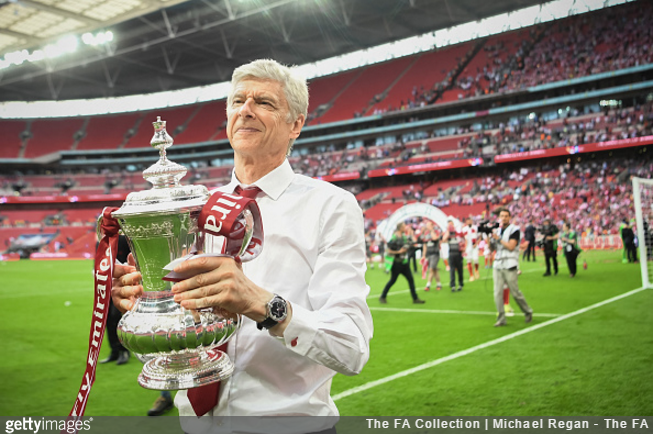 Arsene Wenger has reportedly agreed the terms of a new, two-year contract at Arsenal and is poised to sign it within the next 24 hours or so.

Citing sources inside the club, ESPN FC claim that the deal was tentatively agreed – possibly as early as November – with a formal announcement now due after Tuesday’s board meeting at the club.

Sources have told ESPN […] that Wenger wants to remain at the helm and that the broad outline of an extended contract was agreed, but not signed, six months ago.

John Cross in the Daily Mirror adds that the contract renewal will be made official on Wednesday this week.

Also on the agenda will be new £280,000-a-week contracts for Alexis Sanchez and Mesut Ozil.

Wenger will attend today’s board meeting where his future, summer plans and a backroom reshuffle will be discussed.

There will be some degree of change after amicable talks between Wenger and chief executive Ivan Gazidis.

We’re close folks. All the bickering, the ungrateful whining, the sham protests – it’s almost over (for another 18 months, at least).