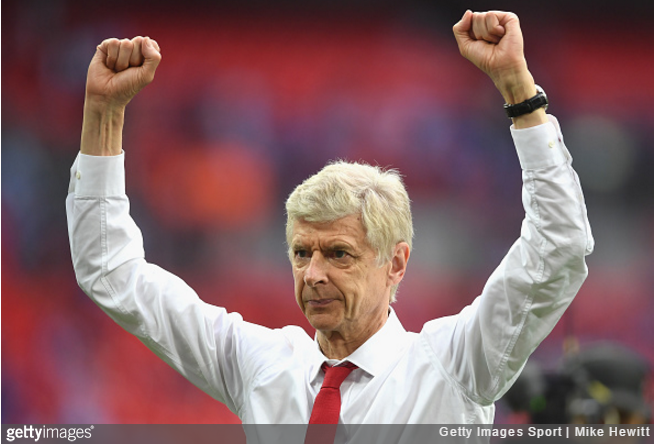 It’s official. Arsene Wenger has signed a new contract extension that will see him stay on as Arsenal manager for at least the next two years.

After reports circulated yesterday, the club have now confirmed that Arsene is there man for the foreseeable…

We can confirm that the club has agreed a new contract with Arsène Wenger https://t.co/YZcmNufFrS

As per the statement issued on Arsenal’s website, majority Stan Kroenke declared that Wenger retains the “full backing” of the board:

Our ambition is to win the Premier League and other major trophies in Europe. It’s what the fans, players, staff, manager and board expect and we won’t rest until that is achieved.

Arsène is the best person to help us make that happen. He has a fantastic track record and has our full backing.

This from Wenger himself:

I love this club and I am looking forward to the future with optimism and excitement. We are looking at what we do well and how we can be stronger everywhere.

This is a strong group of players and with some additions we can be even more successful. We’re committed to mounting a sustained league challenge and that will be our focus this summer and next season.

I am grateful to have the support of the board and Stan in doing everything we can to win more trophies. It’s what we all want and I know it’s what our fans around the world demand.

Arsenal also announced that Wenger and chief executive Ivan Gazidis are conducting a full review of the club’s on and off pitch activities to “identify areas for improvement to build a sustained title challenge”.

The next episode of Arsenal Fan TV should be an absolute festival of infinite sadness.