Off-kilter spot from Pies fan Ben Kelly here, but we can definitely see what he’s gunning at – if you’ll excuse the shamefully intended pun.

There are parallels in the mop tops, coupled with both blokes having less meat on them than your average butcher’s pencil… 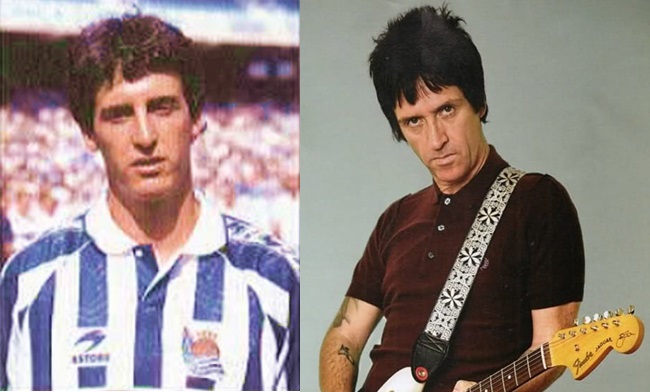 Got a Shit Lookalikes for Pies? Ping it over to us via email at waatpies@gmail.com or on Twitter @waatpies and we’ll happily give it the once-over.