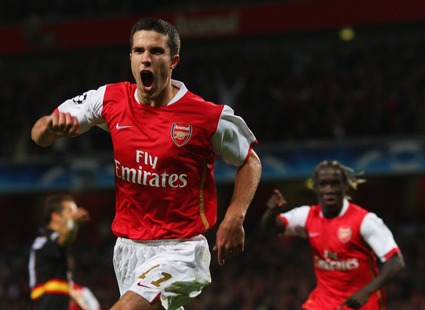 A surprisingly comfortable win for Arsenal against one of Europe’s most dangerous sides. The real Sevilla never really showed up, and they had no answer for the guile of Cesc Fabregas and the power of Emmanuel Adebayor. Fabregas was lucky to open the scoring with a deflected shot, but overall the Spanish team didn’t deserve anything from the game.
So, a fine start in Europe for the Arse. They definitely could win the tournament this season, but then so could eight or nine other teams. But, as one blogger commented on the BBC Sport website, ‘How would Thierry Henry feel if Arsenal won the Champions League without him?’ That made me smile – Henry left London so he could win big trophies, and I’m sure he’d have mixed feelings if Arsenal win the CL in his absence. Cruel irony indeed.
Watch the highlights