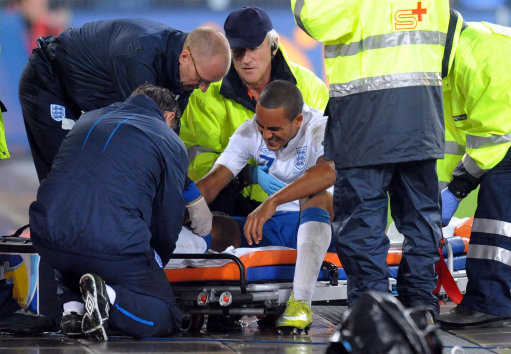 Stop me if you’ve heard this one before…

Arsenal winger Theo Walcott has been ruled out for the next six weeks after suffering an ankle injury during England’s 3-1 win over Switzerland on Tuesday.

It was initially thought that Walcott had only suffered a sprain that would keep him sidelined for 2-3 weeks, but scans have since revealed that he also sustained a fair amount of ligament damage into the bargain.

The Times have run a quick tally and are reporting that this is Walcott’s 18th ‘significant injury’ since joining Arsenal four years ago.

He will now, along with Robin van Persie, miss Arsenal’s next five Premier League games (including their trip to Chelsea next month) and their first three Champions League fixtures.