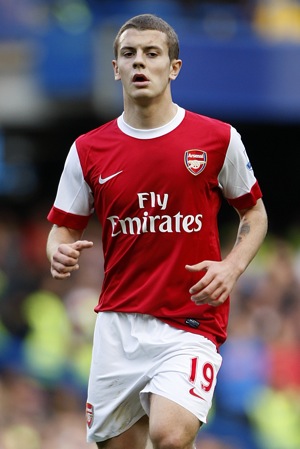 One of my guilty pleasures is to listen to talkSPORT when I should be doing more important things. But far more enjoyable than this is reading the comments on talkFORUM, a website whose apparent raison d’être is to allow aficionados of the station to slag it off in extreme, obscene and often hilarious ways. (My current favourite thread is called, with admirable directness: ‘Ronnie Irani is a cunt.’)

There is nothing particularly shocking about this. Quinn (or “the horse abuser”, as he is known in the message board community) has form in this respect. He is, after all, the man who once read out the phrase faux pas as “fox paz”.

And this is, after all, a radio station where the retired sportsmen who co-present the majority of the shows can barely speak English at all, despite spending their entire lives here except for trips to away matches (in the case of the few who were good enough to play at international level) and holidays in Florida (where English is usually spoken).

You’d think, then, that they would have had enough practice to master the basics of their mother tongue. And there are some things that you’d think they’d be able to get right if they made a little bit of effort. Yes, the word “debut” has its origins in French and looks different to the way it’s pronounced, but it’s been “over here” and “part of our game” since long before Quinny was a twinkle in his old man’s eye.

Then there are names. Not complicated Greek names, like the ones breakfast show presenter Alan Brazil famously “struggles with”, but simple English names. Why, among “football people” is it considered acceptable to ignore the name as it is written on the page and just make up your own version? Why, to adapt the title of the thread quoted earlier, have commentators, pundits, presenters and all the other “experts” associated with the game been pronouncing Kenny Sansom’s surname as “Sampson” for more than thirty years? And why in the last few days have I heard both a Match of the Day commentator and “Way” Parlour – supposedly an insider at Arsenal – describe their young midfielder as Jack “Wiltshire”? There isn’t even a silent “t” in Wilshere to confuse them: THERE’S NO “T” AT ALL, YOU MORONS – SORT IT OUT!!

I can put up with presenters who do no preparation whatsoever, and blurt out the first thing that comes into their head. I can put up with experts who contradict their own opinions within a matter of weeks, or even minutes. But I draw the line at them making up the names as they go along.  Give me Jack Charlton any day. When he didn’t know who someone was, he just said “the big fella” or “the sooty lad” – at least he didn’t pretend to have a clue. Just spare me the experts and their monikericular fox pazes, for fox sake.